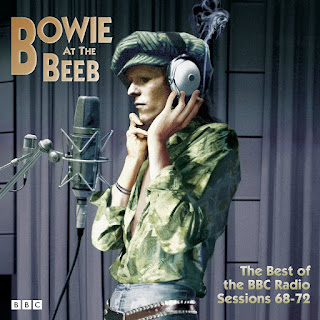 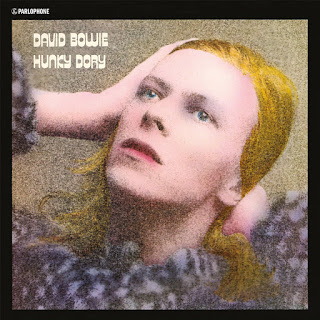 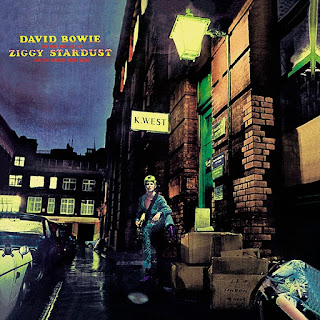 There will be tons and tons of Bowie releases and reissues for the next couple of years, and for now, everything is being treated as equal in the emotional aftermath of his passing. Just watch what you buy. The new one, Blackstar, won't be for everyone, and I'll argue there are a few albums post-1982 that aren't for anyone. There's no denying the heyday however, and the first big burst of Bowie reissues has arrived, from that great first period.


After a few false starts in the '60's, Bowie finally started making solid albums in 1969, with his self-titled album, also known as Man of Words, Man of Music, and later, Space Oddity. That run, up until 1973's Pin Ups, is now available in new, heavyweight vinyl pressings. If you're not familiar, that is six albums, including the legendary The Rise and Fall of Ziggy Stardust and the Spiders from Mars, and the quirky and fun Hunky Dory. The others are Aladdin Sane, and The Man Who Sold The World.


The pressing are fabulous, and certainly if you're a vinyl fan used to the thin old RCA pressings from the 70's, you'll be pleased with the upgrade, the high-quality jackets, and all the original inserts and lyric sheets. These use the remasters prepared for last year's Five Years box set, so you're getting the best they have to offer. Ziggy's a must, Hunky Dory and Aladdin Sane aren't far behind, I don't mind Pin Ups, the all-covers album of '60's beat hits, and Man Who Sold the World has its fans certainly. The David Bowie album has its critics, but I actually prefer it to Man Who Sold The World, with its quirky songs such as The Wild-Eyed Boy From Freecloud and Memory of a Free Festival. Start with Ziggy, go from there.


The most exciting release though, is the first-ever appearance of the set Bowie At The Beeb on vinyl. First released in 2000, its a collection of tracks recorded at the BBC between 1968 and 1972. Bowie was a favourite with lots of BBC producers, so he got several sessions, certainly more than somebody at his level of fame early on. Originally spread over two CD's, this is now a four-LP set, again on heavyweight vinyl, in a fancy box with a lift-off cover, and a full, album-sized book, 20 pages. I haven't seen a glossy book like this in a while, and boy, it's great to have it in album-size, it really feels like a deluxe package.


Better yet collectors, the set is even upgraded with two new tracks not on the original CD set, There's a 1971 recording of Oh! You Pretty Things, featuring just Bowie and Mick Ronson, and a previously-lost recording of The Supermen, from March 1970 with The Hype, his pre-Spiders band. If you haven't heard this set, I recommend it highly. Often these BBC sets are kind of bland, and I even get a little bored with The Beatles Beeb sessions. Because the radio station was only allowed a small amount of "needle time" in the '60's and '70's, as playing records was called there, they would bring in groups to re-record their songs and play these sessions. Usually the bands would do as close a copy as possible. Bowie however, was keen to use the studio time to experiment, have fun, and get into the live feel of the recordings. So these are quite different at times.


For a lengthy 1971 session for John Peel, he brought an ensemble called David Bowie and Friends, with the future Spiders (still called Ronno at that point), the guitar player from the band Arnold Corns, and some extra singers. He lets them sing a verse each on It Ain't Easy, does an unreleased song called Looking For A Friend, which Peel says will be an Arnold Corns single (it wasn't), and features the song Bombers, which was slated for, but cut from Hunky Dory. On other shows, he would do live concert favourites Waiting For The Man and White Light/White Heat.


Best of all though, are the several songs from Ziggy Stardust, where he really lets the band loose. They had been tearing up the country with these tracks, and hearing the band do them with terrific solos, louder bass and drums, and Bowie's full-blown command, gives you even more appreciation of his tremendous early peak. Yes, this is going to cost you a bundle on vinyl, but you're also going to love it..
Posted by Bob Mersereau at 11:22 PM