MUSIC REVIEW OF THE DAY: JOYFUL JAZZ! CHRISMAS WITH VERVE VOL. 1 and 2 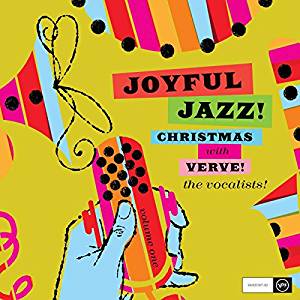 The venerable jazz label Verve weighs in with two collections of holiday material from same of the great masters, as well as newer lights on the scene. The discs are split into two categories, instrumentals and vocals. For the most part, these are the usual, well-known tunes, but as with the best of jazz, reinterpreted by the artists to make them all seem fresh and surprising.


While I understand the desire to put the newer names on these sets, promoting today's players, it's a bit unfair to them, as they have to go up against giants. This is very apparent on the instrumental disc, as a middleweight fusion guy such as Tom Scott does a cloying take on Have Yourself A Merry Little Christmas, after we've just heard the Ramsay Lewis Trio rework Here Comes Santa Claus with lots of cool phrasing and different paths. Organ great Jimmy Smith goes funky on God Rest Ye Merry Gentlemen, but poor Kevin Eubanks has nothing new to say in Silver Bells. But old outweighs new on the disc, and the Lionel Hampton Sextet's Swingle Jingle will liven up any tree trimming. 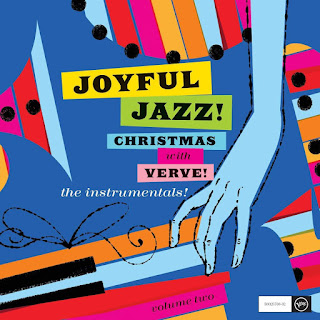 The vocals album is better with the modern/classic mix, largely because Verve has had a bunch of great modern singers in the last couple of decades, notably Diana Krall, Patti Austin and Norah Jones. Jones and Willie Nelson do a fine job on Baby, It's Cold Outside, Willie phrasing so well you almost don't notice the heavy coercion going on. The pair stack up nicely against such venerable names as Louis Armstrong, Ella Fitzgerald, and Billie Holiday. Betty Carter really steals the show though, with Home For The Holidays. This is everything you want from a Christmas album.
Posted by Bob Mersereau at 6:12 PM