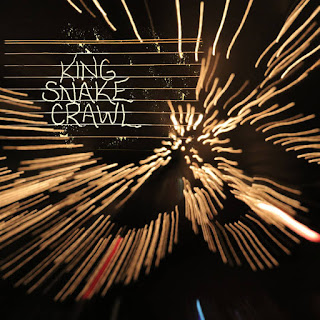 Toronto's multi-talented Kaleb Hikele won't stand still long enough to pin a label on him. Last year, with his outfit known as The Sun Harmonic, he moved from the folk world to lush, orchestrated piano pop music. All the soothing quality found there has been tossed away in this fiery rock band collection. A five-track E.P., Hikele covers the lead vocals on top of a vicious quartet including Alex Walls on lead guitar.


With plenty of slash and thrash, the band falls somewhere between punk and metal, finding a groove and beating the crap out of it. There are no soft moments or breaks for the listener, and certainly no instruments other than guitar, drums and voice - okay, maybe a harmonica, I think that's it. Lead single We Are Not Alone is all about aliens, so it's kind of like if Blue Oyster Cult had been the biggest punk band of all time. And somehow in all that powerhouse explosion Hikele, who produced and engineered the cuts, managed to keep some very catchy tunes at the core. You can find the E.P. and lots of other projects from this arts collective at moonmelodyrecords.com.
Posted by Bob Mersereau at 8:57 PM