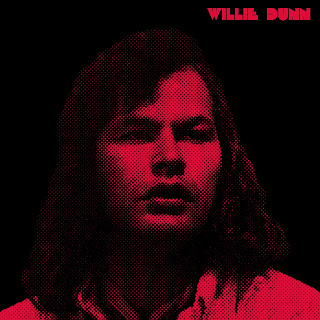 Long before this generation heard about residential schools, Charlie Wenjack, colonial privilege and environmental protests, Willie Dunn was trying to wake people up with his music. A product of the folk singer movement of the early 1960's, grew up in Montreal, where his Mi'gmaq mother from Restigouche and Liverpool-born father had settled. He became one of the core young leaders and creators in an artistic and political movement of First Nations artists, and his music was just part of his make-up. He was a member of the Canadian Armed Forces, a filmmaker with the NFB, a politician, a visual artist, a poet, and a protestor. His inspiring life story would fill a book or two, certainly the lengthy essays in this new collection, and all of it influenced the stunning working collected here.
It's the latest project from the Light In The Attic label, the same group that released the groundbreaking and Grammy-nominated collection Native North America in 2014, which featured three of Dunn's tracks. Dunn died just before the release of that collection, which helped increase his profile, and producer Kevin Howes has brought the same level of excellence to this set. This goes beyond any casual statement that maybe there were a few decent performers found in the First Nations that might have been unjustly ignored. One listen to the music shows that Dunn was a writer and performer of the highest calibre for decades, his songs as powerful and affecting today as they were when first recorded.
There are two reasons Willie Dunn isn't spoken of alongside Joni Mitchell and Gordon Lightfoot in this country, and the first one is obvious. Gatekeepers weren't about to play and promote his music in the past, and most Canadians didn't want to hear it anyway. Dunn himself didn't help matters, since he had no interest in commercializing himself other than the bare essentials of survival. There was no compromise, he was not for sale. Institutions such as the NFB and CBC were supportive in the '60's and '70's, and thankfully Dunn was able to work on lots of productions and recording sessions, and even put out a couple of albums with small commercial companies. For the small audience that did find Dunn's music and film, his work was monumental.
Much of the music on this two-disc set is either topical or historical, Dunn fully invested in telling the truths about the Native experience under colonial rule. His landmark "The Ballad Of Crowfoot" was turned into a ten-minute NFB film in 1968 which he directed, essentially one of the very first long-form music videos. It takes the listener from 1821 to 1967 (Centennial year), showing the horrible impact felt by the Indigenous peoples. It is the flipside of Lightfoot's Centennial song, "Canadian Railroad Trilogy," and should have been played right after it. It's impossible to listen to this song and not come away changed.
There are lots of others of equal power, especially "I Pity The Country," his condemnation of bureaucracy and bigotry: "I pity the country, I pity the state/And the mind of a man, who thrives on hate." Respect to Gord Downie, but Dunn told Charlie Wenjack's story on his 1971 album, in the song "Charlie." And his spoken-word new version of "O Canada!" is undeniable: "O Canada, once glorious and free/O Canada, we sympathize with thee."
Not everything is sadness and righteous anger. There are celebrations like "The Carver," who takes the nature and stories of his people, and puts it all in the totem poles and canoes. In "Sonnet 33 and 55/Friendship Dance," he combines the words of Shakespeare with drums and chants, a stunning and brave artistic statement. I've spent decades immersed in the career highlights of rock, pop and folk heroes, many of them ensconced in various Halls of Fame, usually for one or two highlights and then varying levels of achievement. There are precious few, only a handful, who have created at such a pure and powerful level, and with such a true artistic vision, as Willie Dunn.
Posted by Bob Mersereau at 12:16 AM