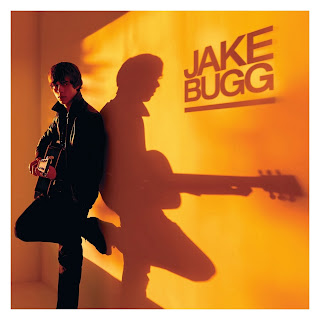 Most 19-year old pop stars from England are X-Factor contestants doing cover versions (looking at you, One Direction).  Then there's Bugg, who exploded two years ago with a #1 British album and actual credibility.  He even came up with his own sound, a hybrid folk-punk-rockabilly that was so retro it was brand-new again.  Plus, he rocked, not popped.  The real deal, then.


Still, he's ambitious and impatient, moving quickly on to album two.  He's spoken of wanting to write in different styles, sucking up influences like a vacuum cleaner.  He's jumped from his council estate upbringing to Los Angeles and celebrity producer Rick Rubin.  And Rubin's given him his wish, letting him try on a whole lot of different sounds to see what sticks.


The first three cuts, including lead single What Doesn't Kill You, stay pretty close to the album one feel, vigorous acoustic guitar over a thumping band and Bugg's thick Nottingham nasal vocals.  With the nu-rockabilly out of the way, Bugg then goes wandering, some mellow stuff here, rockers there, even a country number to close.  At its weakest, it's generic British rock from the lesser Weller and Oasis camp.  But that's only a couple of cuts.  His desire to make important music is hampered by still-developing skills, but numbers such as Messed Up Kids grow on you quickly, with a catchy riff and lyrics about the latest lost generation of kids in England.


Bugg's certainly doing more valuable music than the rest of his generation, and seems keen to keep doing that.  Hats off for stretching so soon in his career, rather than taking the easy way and making the same album as the first.  Shangri La isn't as great as his debut, but in the big picture, may be just what he needs for a long career.
Posted by Bob Mersereau at 10:02 PM