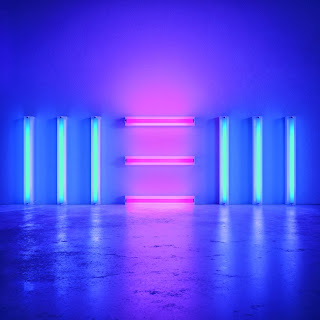 I'm not really sure how much interest is out there in a new Paul McCartney album.  Still beloved, still a huge concert draw, this release will be greatly overshadowed by the new Beatles collection, Live At The BBC Vol. 2.  But as for an audience for new stuff, it's probably down to the die-hards.   In the meantime, Canada's top albums chart boasts such winners as the new Cher and a Christmas album from the Duck Dynasty people.


But really folks, this is Paul McCartney making an excellent Paul McCartney album.  It's full of catchy songs, quirky production, lively vocals, playful lyrics,  and great melodies.  Most of all, it's inventive.  Nobody knows more about putting together a pop song, and finding new and fun ways to liven them up.  The entire texture of a song can change in the middle, including all the instruments, the key, the way he's singing, yet fit perfectly.  Of course, he learned much of this back in The Beatle days, and continued it into the 70's, with early solo works such as Ram and Band On The Run.  All those different McCartney voices, such as the rockin' Wings one, the gentle ballad crooner, the funny bluesy guy, he can switch to at will, and it keeps you on your toes as he goes from one to another.


What's new about New is a little more production savvy, as McCartney worked with four different youngbloods, each with their own set of skills.  Giles Martin, the son of George tackles some, after inheriting his dad's job working on the latest Beatles reissues.  Ethan Johns, son of Glyn, and current hot hand behind the board was another natural partnership.  Mark Ronson, another A-lister, was a pal and fave DJ of Paul's, and Paul Epworth was first on board, actually co-writing three of the cuts.  Instead of being a disjointed affair, the many different sessions and styles flow very well, mostly because of the very nature of songs, being stuffed full of sound changes already.  What holds it all together is McCartney's always-pleasing vocals, and a batch of songs that are way above the bar.


What's missing are the grating moments that have popped up so often.  Often they kill entire albums, like his last one, the syrupy ballads album Kisses On The Bottom, or songs such as Ebony and Ivory.  Sometimes his lyrics can be just dumb, or over-the-top, look at me, I'm rockin'!  None of that this time, he certainly never seems like he's acting, and the lyrics are fun but not stupid.  He puts in some absurd situations, such as in Alligator, about a man who works in a zoo, which may be a big metaphor, but who cares, the words sound great.  That's another thing about McCartney when he's on his mark;  he knows that its the sound of words and phrases and the subtlety of how they are sung that matter just as much.  The woman in On My Way To Work comes from Chichester, just because it rings when he sings it.


One little bit of the McCartney edge comes out in Early Days, the only song here that's biographical, on the surface.  It's about the pre-Beatles days, the struggling duo of Lennon and McCartney trying to break through in music.  It's mostly a complaint, against those who want to write and pontificate about the origins of the Beatles, stating "They can't take it from me if they try."  It seems just a bit whiny, the off-putting arrogance coming through, but that little bit I'll forgive because, like everything else hear, the song sounds great.
Posted by Bob Mersereau at 9:37 AM