MUSIC REVIEW OF THE DAY: MUSIC FROM THE MOTION PICTURE THE WOLF OF WALL STREET 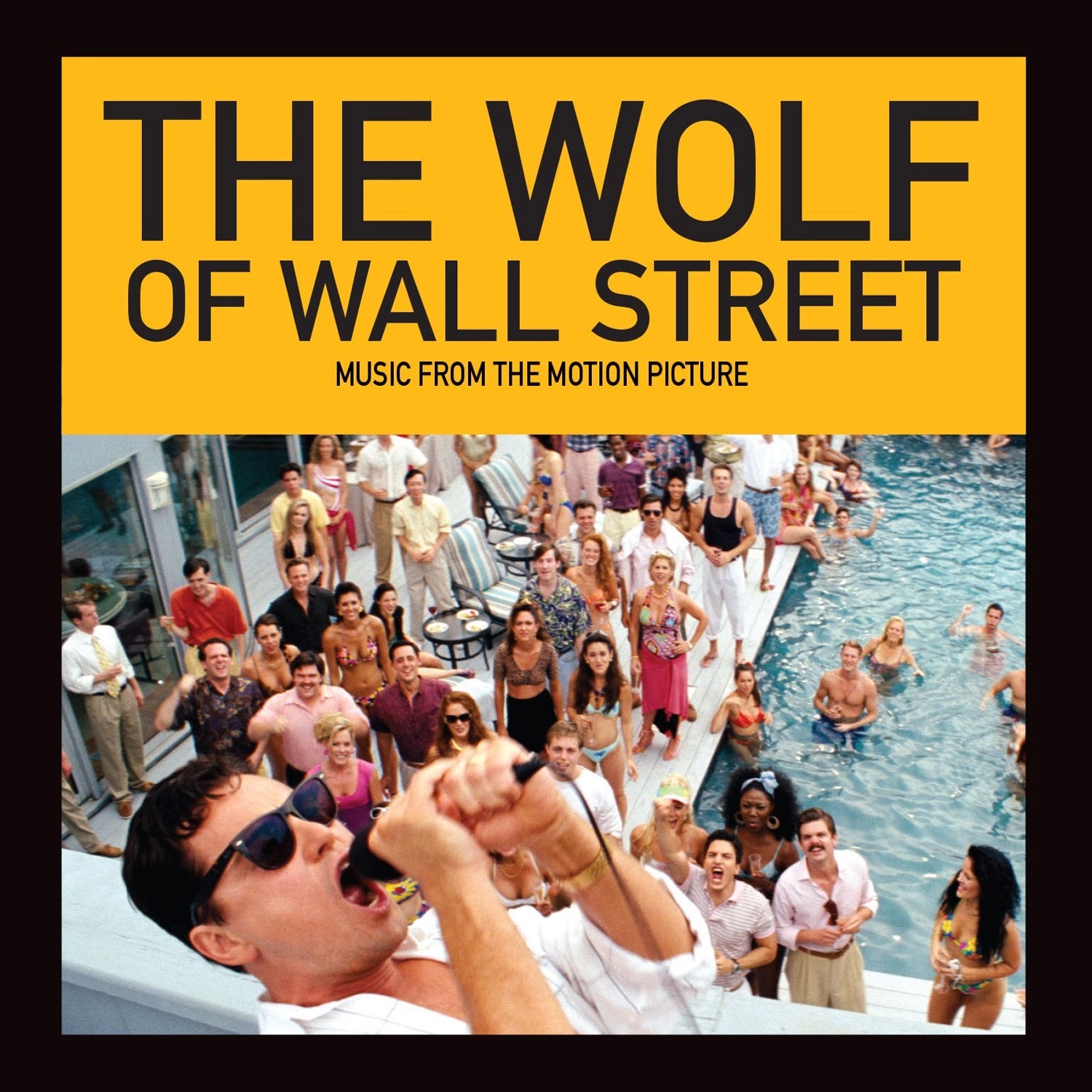 The key to a good movie soundtrack is how the music makes you feel while you see the action.  The key to a good soundtrack album, well that's completely different.  Some cuts fit the footage and plot just right, but don't really come off well in a compilation of tracks.  Listening is a lot different.  I'm not suggesting that filmmakers should keep this as a priority when choosing their music, it's just that sometimes both seem to work together better than others.  Most soundtracks I get have at least a couple of cuts that I could do without.

This one works as a great listen.  No surprise, since it's Martin Scorsese, who knows how to find great and obscure music, as well as classic cuts and surprising choices.  Also on board is Robbie Robertson as Executive Music Producer, a vet of most of Marty's films since they met at The Last Waltz.

I haven't seen the Leonardo DiCaprio vehicle yet, so I can't comment on the song usage, but the tunes go from cool jazz to classic Chicago blues, Bo Diddley to Billy Joel.  And good Billy Joel, Movin' Out.  There's not much I'd call pop or modern rock, aside from the always fun Never Say Never by Romeo Void, and The Lemonheads' scorching take on Mrs. Robinson.  There's some primal blues, nothing rare in Elmore James' Dust My Broom or Howlin' Wolf's Smokestack Lightning, but those are two cuts that are impossible to tire of, of top pedigree.

On the surprise side, the closer is an instrumental by Allan Toussaint, Cast Your Fate To The Wind, truly inspirational.  Equally nice is the Ahmed Jamal Trio's version of the chestnut Moonlight In Vermont.  Sharon Jones & the Dap-Kings are tapped for their cover of Goldfinger, perhaps not as exciting as you'd hope, as Jones sings it more subtly than the great Shirley Bassey version, and I guess it's a song that really needs to be over-the-top.  But that's a minor complaint in this all-round excellent collection, which is like listening to a smart and hip late-night DJ.
Posted by Bob Mersereau at 7:20 PM