MUSIC REVIEW OF THE DAY: LONE JUSTICE - THE VAUGHT TAPES, 1983 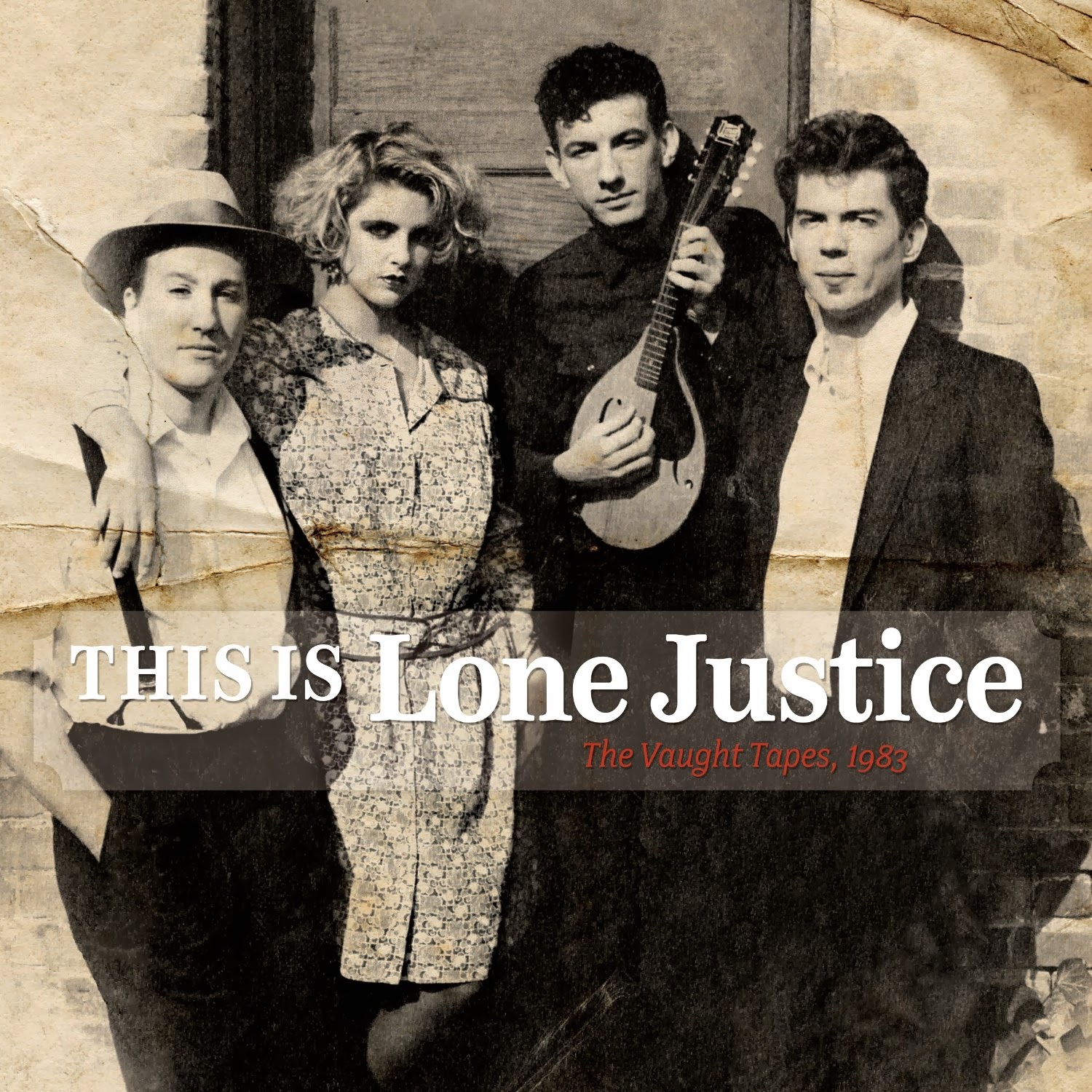 Back in the early 80's, a branch of L.A. punk was fused with rockabilly, and in some cases, actual country. You had Rank And File, and even X could lean that way. Lone Justice came along in 1982, quickly becoming a buzz band in the region, grabbing up a contract with Geffen Records and an initial burst of fame, particularly for lead singer Maria McKee. It was a brief career though. Despite lots of hype, big-name connections, opening for U2, getting Tom Petty to write for them, Steve Van Zandt to produce, nothing really clicked, and McKee went solo after 2 albums in 1986.


This collection of demos made in 1983 explains a lot. They were really country at the start, fused with that raw punk attitude. They were doing covers of Johnny Cash and June Carter, George Jones, as well as raw band originals, McKee sounding like a deranged Dolly. Somewhere along the line, things went more earnest, more singer-songwriter, and they tried to fit in to modern rock. Big mistake, as these dozen cuts show. They had spark, energy and stood out, always a good thing. Certainly the rest of the original band knew the score, they all had quit by the second album. Meantime, alternative country came along by the end of the decade. McKee did make some fine music solo, one excellent album called You Gotta Sin To Be Saved in '93, and has also acted and published fiction. As for Lone Justice, great promise went unfulfilled. But this kick-ass dozen recorded cheap in a couple of days beats the crap out of the group's two official discs.
Posted by Bob Mersereau at 7:49 PM