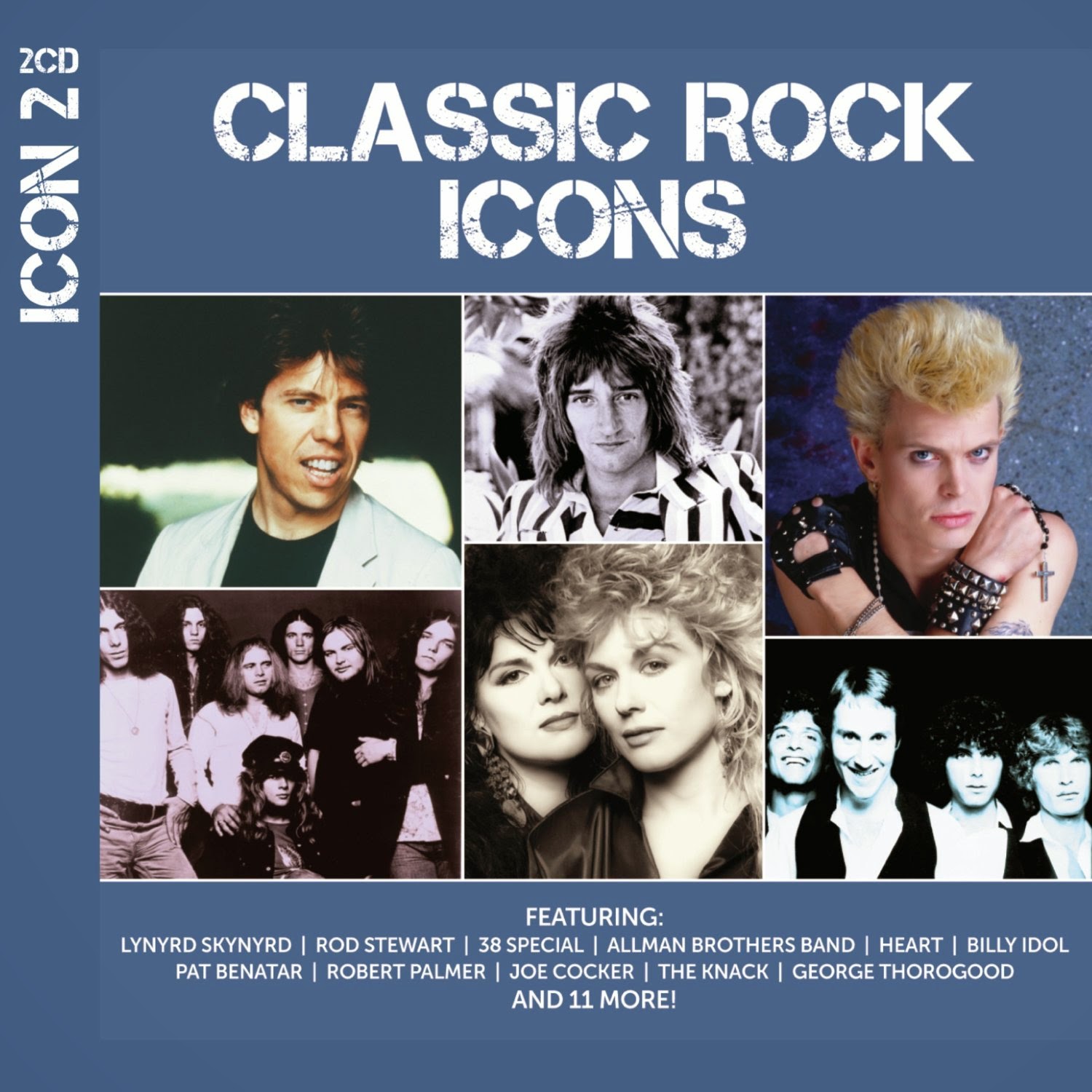 Don't know why you'd need this double CD, as you can turn on any classic rock radio station and hear the same songs pretty much daily.  Sweet Home Alabama, Rebel Yell, Maggie May, Takin' Care Of Business, American Pie, Rocky Mountain Way, it's got to the point where I turn the station when they come on, I've heard them so much.  I hate the idea these stations have narrowed the 70's down to the same few songs on their identical playlists, instead of simply going to the third or fourth biggest hit by any of these artists, just for diversity.

There, my griping is done, and actually there are a few more inspired choices on this double-disc.  You don't hear Grand Funk Railroad's We're An American Band that much, or Rare Earth's I Just Want To Celebrate.  It looks like compilation-makers have put a moratorium on George Thorogood's One Bourbon, One Scotch, One Beer, and replaced it with Bad To The Bone, a good decision.  Joe Cocker's always welcome at the table, especially if we're talking older Joe, Feelin' Alright.  However, J.Geils Band should never be represented by Centerfold, no matter that it was their biggest hit.  That was their sell-out period.  In fact, all the 80's cuts here pale, including The Motels, Billy Squier, and especially Pat Benatar.  I'd rather hear Rocky Mountain Way again then anything by her.
Posted by Bob Mersereau at 11:09 AM