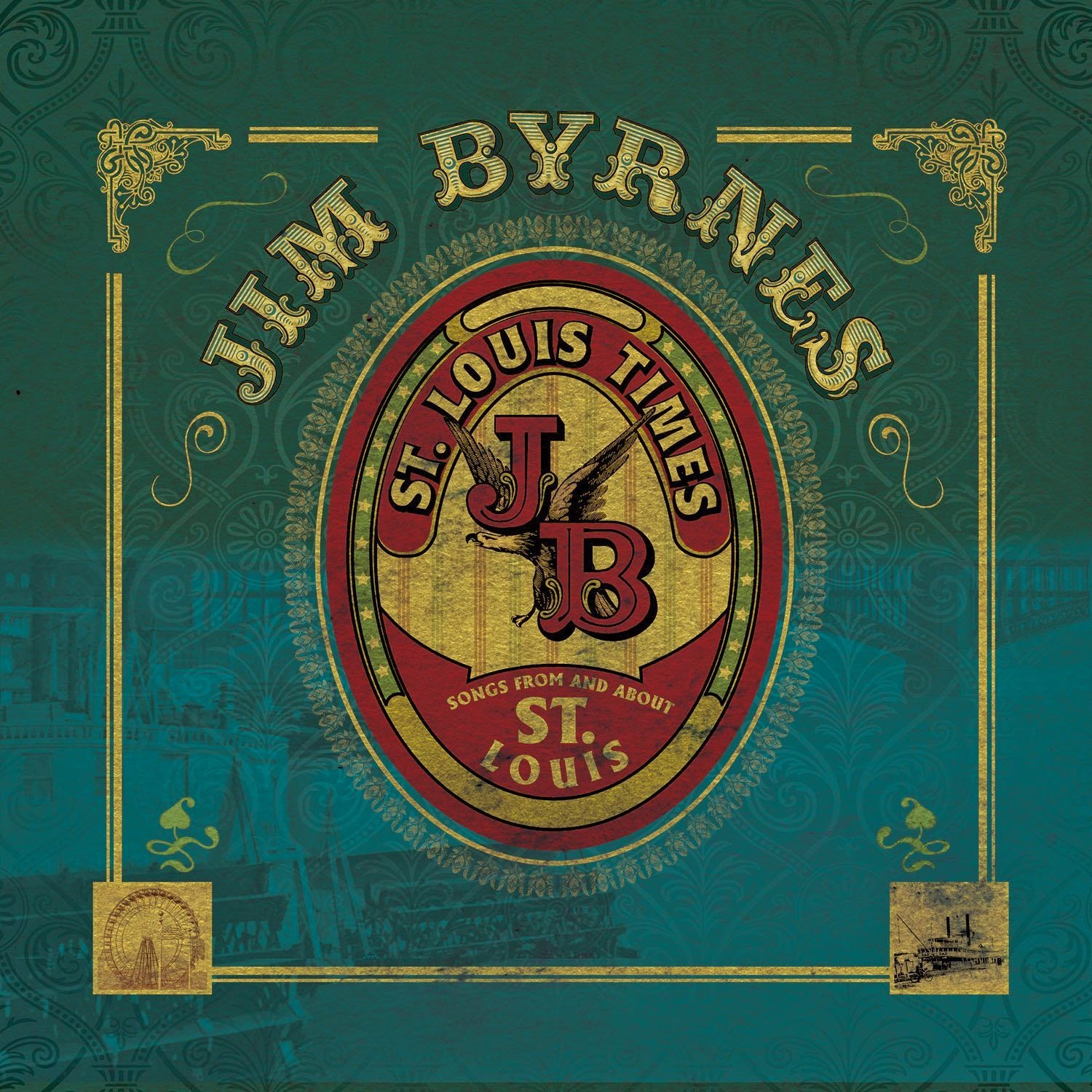 Byrnes is one of the finest Canuck blues singers, but he's actually from St. Louis originally.  This album is a tribute to the songs he grew up with, most associated with the city and its great players from jazz, blues and soul history.  He's also penned some originals inspired by that rich legacy, and the glory of the album is trying to spot the original versus the more obscure covers, such is the high quality.  A few you'll recognize, such as W.C. Handy's St. Louis Blues, included here in a more rootsy interpretation, and Chuck Berry's Nadine, a little less frantic, the better to hear the awesome wordplay of rock and roll's first poet.

Producer once again by Steve Dawson, the master acoustic musician is the perfect collaborator for this, recreating everything from early 1900's jazz to Lonnie Johnson blues to Fontella Bass soul.  Highlights include an old St. Louis brothel number from Stump Johnson, The Duck's Yas Yas Yas, risque back then, but just funny now, as Byrnes is joined by old pal John Hammond to trade verses.  Situated between Motown and Memphis, it's fitting that the Fontella Bass/Bobby McLure number, You'll Miss Me (When I'm Gone) sounds equal parts southern and northern soul.  It's another fine duet, this one with Colleen Rennison of the group No Sinner.  Cake Alley is a true gem, an old horn number about a real place on the very poor side of town.

As for Byrnes' own numbers, Somebody Lied could have come out in the 60's and been a hurtin' soul ballad, and the spoken-word The Journey Home is quite poignant, a series of memories from decades ago, the band laying back and Byrnes reminiscing about the Cardinals and the intersection of the Missouri and Mississippi.  St. Louis gets left out of most conversations about American music, but in the year of the 250th anniversary of its founding, an old homebody has come back to speak up for its history.
Posted by Bob Mersereau at 7:13 PM