THE DUKES OF SEPTEMBER - LIVE AT LINCOLN CENTER 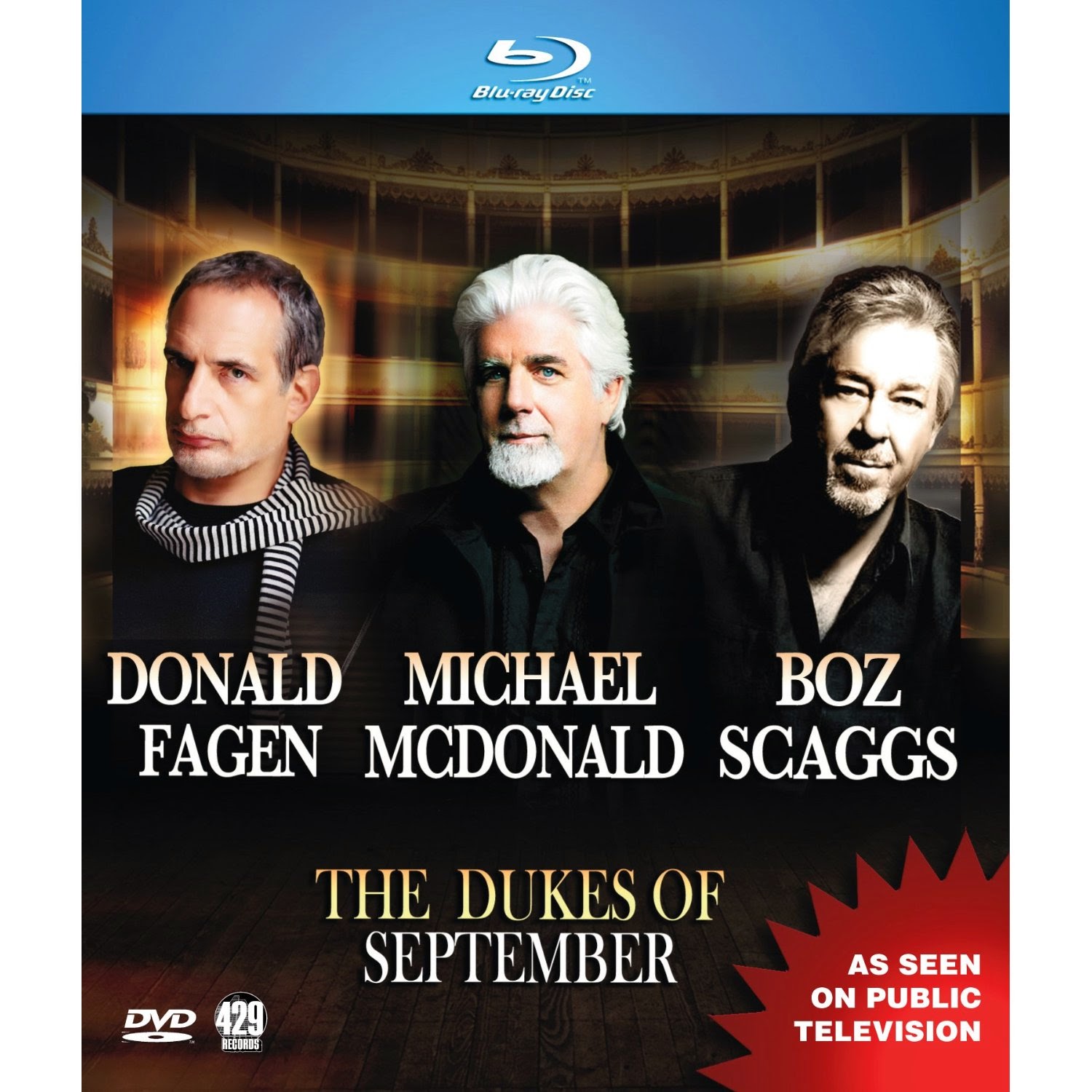 As they enter their September years, there's nothing faded about the talents of this trio. Boz Scaggs, Michael McDonald and Donald Fagen are a great trio to front this side project, as they represent a blend of soul, blues and jazz. They all had big hits on the charts but also have a high level of musical integrity, and don't seem to take the star thing seriously. Sure, they play the hits, but they are enjoying themselves too, just as much as on the cover versions.


The loose concept is to play some older songs that inspired them, and then trot out their big numbers, each of the trio getting a fair share of lead vocals, plus staying onstage the whole time, playing on each other's numbers. It's largely the touring group that has been featured on the last few Steely Dan treks, which means very strong players, and a horn section. This set-up works just as well for Scaggs and McDonald as it does for Fagen, with numbers such as Lowdown, Lido Shuffle, What A Fool Believes and Takin' It To The Streets sounding great beefed up. Fagen knows the crowd well, and sticks to the bigger Dan hits, chart numbers such as Peg, Hey Nineteen, and Reelin' In The Years, rather than go too deep into the albums. That's for this year's Steely Dan tour.


The covers are fun as well, with everybody trading vocals on Johnny Taylor's Who's That Lady and Arthur Conley's Sweet Soul Music, while Scaggs does a nifty Love T.K.O. All this is grand, except for one big problem: It's a PBS special, done for Great Performances. I don't quite know why, but all these PBS music shows, aside from Austin City Limits are too sterile, and the audience is filled with geezers, like it was a Lawrence Welk reunion. They must give the tickets out to big donors. Get some new directors, PBS.
Posted by Bob Mersereau at 10:36 PM