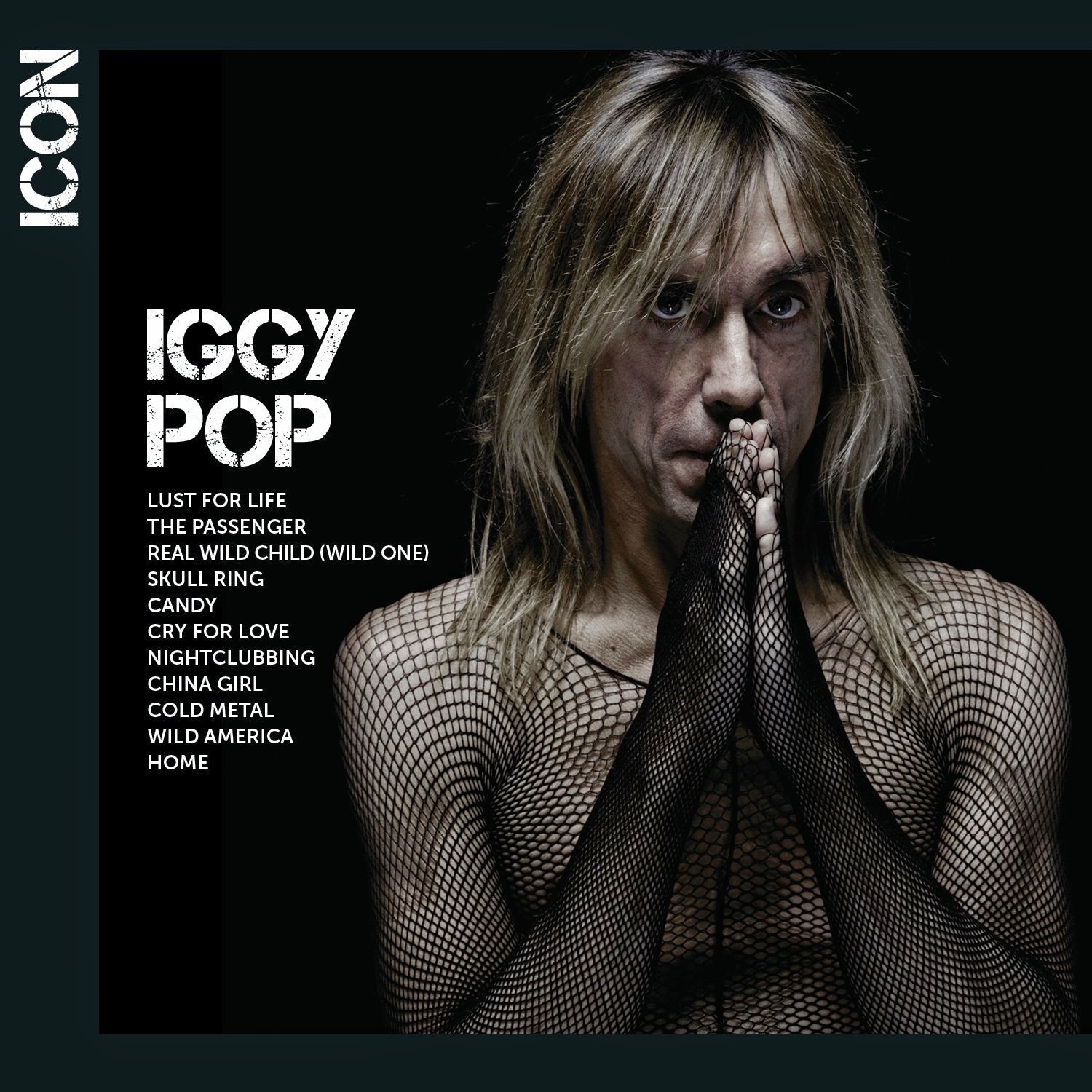 Oh he's an icon all right, in the true sense of the definition:  "A person or thing regarded as a representative symbol or as worthy of veneration."  He's a symbol of the wild side of rock and roll, and there's a whole lot of punks out there who venerate him (venerate: "to regard with reverential respect or with admiring deference").  His visage alone is iconic, from when he was a proto-punk in the late 60's and early 70's, jumping into the crowd and smearing himself with peanut butter, to recent photos that show him as a leather-skinned and wild senior citizen, defying the very image of age.

However, being an icon doesn't necessarily mean you earned it from great music.  Iggy's ups and downs have been many, and your opinion of him largely depends on whether you buy into the Stooges' legacy of nastiness.  For those who do, it is the very essence of rock and roll, and the seed of punk.  For those who find it too loud, miserable and demanding, there's the side presented here.  These are the more ear-pleasing numbers, pop by Pop, taken from the time after Bowie cleaned him up, and some say, softened him up.  The tracks begin in 1977, with the pair of Bowie-Berlin album the duo made, Lust For Life and The Idiot, responsible for four of the cuts out of eleven, Lust For Life, The Passenger, Nightclubbing and China Girl.  There's not a bit wrong with anything there certainly, the original of China Girl a little tougher than the Bowie hit, but still basically a catchy love tune, with a slight edge.  Jump to 1986, and another sort-of hit album for him, Blah Blah Blah, which gives us Real Wild Child (Wild One) and Cry For Love.  The first is a cool cover of a 50's rocker, the second a formula tune, it could have been by anyone except for Iggy's distinctive growl.  The rest of the cuts are less successful single attempts from under-performing albums, up to 2003's Skull Ring title track.  Candy is a nice duet with Kate Pierson from B-52's, but smells of, "Hey you should do a duet with a woman, who could help sell this?"  Cold Metal is cold comfort, he should have given it to Kiss, and taken his name off the credits.

Now don't get me wrong, I'm probably a bigger fan of more melodic Iggy than I am the Raw Power version.  But this set is aimed at people who learned about him from Lust For Life and Nightclubbing being used on the Trainspotting soundtrack.
Posted by Bob Mersereau at 9:54 AM