MUSIC REVIEW OF THE DAY: JESSE WINCHESTER - A REASONABLE AMOUNT OF TROUBLE 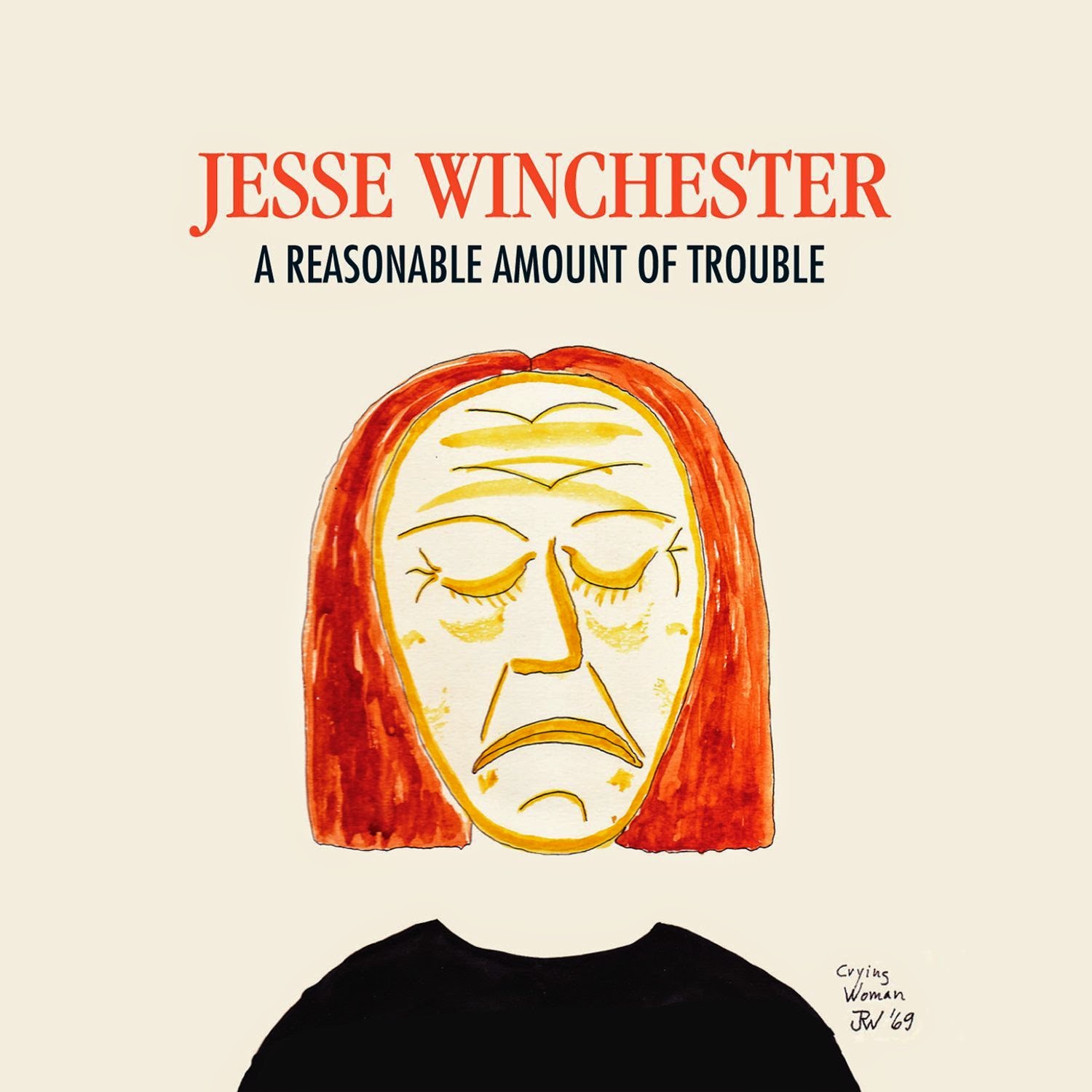 This is Winchester's final statement, after dying from cancer last April.  It wasn't planned that way; he actually wrote the songs in the period when he was first treated, and before the cancer reoccurred.  Most of them come from a good and positive place, and although he certainly was singing about his mortality at times, it was with the best, life-affirming attitude.  He does look back some, with good memories and no regrets, plus he questions what happens next, in Neither Here Nor There:  "I played for the famous, and I worried the neighbours, and I don't expect you to care/This is neither here nor there."

The album opener, All That We Have Is Now, positively beams with a live-in-the-moment message, and could be the theme song for anyone 50-plus, Winchester stating the whole thing has been such fun.  Closing song Just So Much is much more melancholy, as he finally gets to what he's worrying about, his own fate.  Here he questions God about eternity, but then realizes he needs to make peace with the present instead of worrying about a next life:  "Why won't he tell me what it's about/give me some answers, clear up my doubt/But there is just so much, only so much that the Lord can do."

It's incredibly touching, but that's with the knowledge of his passing looming over the album.  Winchester might have written any of these without the illness of his last few years, he's always been capable of touching hearts, and searching his own.  The album isn't really meant to be sad or heavy, there are even fun covers here such as the old Cascades hit, Rhythm Of The Rain.  Nor is it a statement like Warren Zevon's final work, The Wind, or a cathartic need to record, like Johnny Cash's American V and VI albums.  Winchester was writing and recording what he was thinking and feeling, same as always.  He didn't leave a message, he left a present.
Posted by Bob Mersereau at 2:11 PM