MUSIC REVIEW OF THE DAY: ARKELLS - BLINK ONCE 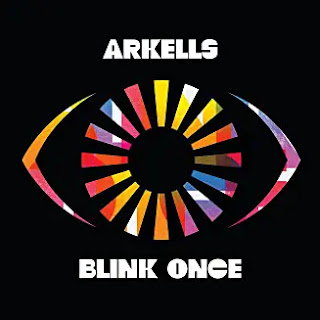 Arkells walk a tricky tightrope. Somehow they manage to be dance-y and trance-y, but still come across as rock as well. They have lots of pop elements, big and bold and joyous tunes that lift you up, but also handle lots of heavy issues. In a blind taste-test, they'd probably score well with teens and hipsters and even some Dad Rock fans.
If that sounds accusatory, like the music was purposely a hybrid created by committee, it's not meant to be. It's more a wide-open attitude, ample influences and lots of creativity on tap in the production. The group has a lead singer in Max Kerman with lots of big rock ability, and being from Hamilton, they have history and pedigree and tons of heroes to emulate.
Anyway, that's why they have had big success and manage to show up in pop, rock and alt-rock charts and playlists. The new album Blink Once, is more poppy and bright than ever, and ridiculously catchy. It's certainly not the group's blah-blah-stuck-inside-Covid album. It's more like a (slightly premature) celebratory get out and have fun collection. Or at least it sounds like that. "Swing Swing Swing" is about as punchy and bouncy as they've ever done, but, classic, it's sung by a dumped guy finally coming to grips with his situation. "Liberation" feels like people breaking free, hitting the road for excitement, but the back story is someone going through cancer and needing to celebrate rather than suffer. "Arm In Arm" is another one where grief is acknowledged but moving forward is the goal.
Of course, you can ignore all the words and just pump your fist in the air. There are few albums that come close to being this energetic and upbeat. But there's lots to chew over as well.
Posted by Bob Mersereau at 4:24 PM