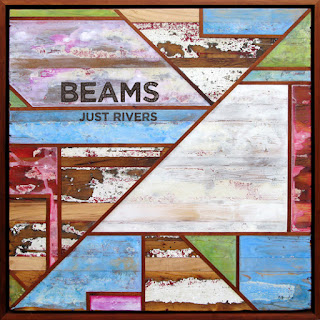 This new Toronto band has just issued this debut album, which I'd call new-school folk (a term I think I've just made up).  It's old folk instruments mixed with bass/drums, and with indie words and attitude.  Featuring singer Anna Mernieks distinctive, 60's folk-style vocals, it's an odd hybrid, moving back and forth, and taking surprising paths with almost every song.  You certainly can't compare them to anyone easily, and they have some very particular elements which make them stand out.

Most of the vocals feature both Mernieks and second singer Heather Mazhar, either in harmony or unison, mixed up front with the result a higher, sweeter sound.  Then you have mandolin, banjo and lap steel as dominate instruments on some tracks, while others get some nasty electric guitar.  Again, old and new melding.  It's largely cheery music, with happy bouncing banjo, but that's masking some sort of creepiness in the lyrics.  Lead track Be My Brother is like some old English folk song, with the bass dancing around the mandolin, and then a lead saw break.  Yes, I said saw.

This is a band with a full-time saw player (or singing saw, as it's credited).  Keith Hamilton joins in all the time for solos, with that strange, ghostly sound.  The saw gets quite a work-out on several numbers, sometimes taking the lead, other times becoming the top tone in the mix of guitar, double vocals, banjo, whatever else is going.  The song How Wonderful gets a Western/Morricone feel because of the saw, only at double speed with chugging drums.  Which poses the question, does a saw player refer to his instrument as his axe?

Beams is bringing Just Rivers out east right now, on Wednesday night (May 29) in Annapolis Royal, NS at the West Education Centre, Thursday at Plan B in Moncton, NB, friday in Yarmouth and Saturday in Halifax.

P.S. There's a couple of songs about drugs on here.  I'm telling Mayor Ford.
Posted by Bob Mersereau at 11:15 PM