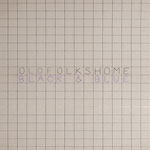 Winnipeg's Ricardo Lopez-Aguilar explains this is his divorce album, but it's neither a downer nor an angry affair.  While it was definitely a major, life-shaking event, he's taken a positive approach to it on this collection.  No, he's not happy about the split, but instead he's learned a lot of things about himself, and used the song writing to get back into shape, and grow as well.  It's a situation and response that many people who have gone through divorce can relate to, at least umm, you know what I mean.

You may hear a lot of familiar lines:  "You need space, you need me/to back off completely."  There's no specific arc of a divorce being followed here, but there are little snapshots taken in the timeline, and they appear in the songs as they progress.  His indie-pop is too breezy and bright to make these scenes tense and dramatic, so it fulfills his desire to accentuate the positive with the album.

So, an album that starts out with "Lately I feel like I want to kill" and goes on to "Listen dear, we're all fucked up", turns out okay in the end.  Kinda like some divorces, at least those where people admit and accept their faults and go on with life.  So that would make this a mature pop record.  Oldfolks Home plays in New Brunswick for a couple of gigs, before heading down to NYC and points east in the U.S.  That's tonight (Thursday May 30) in Moncton at Plan B, and Saturday in Fredericton at Lava Bar.
Posted by Bob Mersereau at 12:05 PM