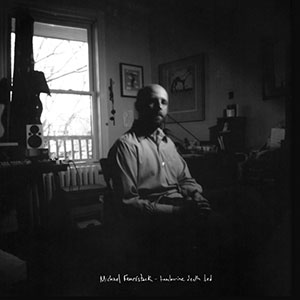 Sometimes, everything coalesces on an album, and that's what we have here from Feuerstack.  It's his most focused work, a distinct style for his writing, and therefore, not surprisingly, the first collection he's decided to put out under his own name.  The Montreal native (with loads of pals and a label in the Maritimes) has in the past recorded as Snailhouse, was a Juno winner as part of Julie Doiron and the Wooden Stars, produced Paper Beat Scissors, and worked with The Luyas, Bell Orchestre, Bry Webb, and more, so it's not about getting noticed.  I think it's more likely this album is where and what he wants to be.

It's all in the songwriting, always his forte, and stronger than ever.  There's a lot of beauty in the tracks, music and words, but always with rough edges.  You have to look for it, as he points out in Flowers In The City:  "Flowers in the city, staying pretty, even in among the weeds/soaking up the smog, turning into something we can breathe."  It's an apt metaphor for the whole album.


The album opens with the prettiest sounds you can imagine, a lightly plucked acoustic, and whispy vocals as Feuerstack is joined by Laurel Sprengelmeyer (Little Scream), singing "I've been under dark clouds, and I've been under clear/scavengers and doves use the same sky."  The calmness and sweetness of the performance mask the reality of taking the bad with the good on the journey.


And so it goes in this collection of gentle songs, at least on the surface.  The dark clouds are there, he never ignores them, but makes them smaller by acknowledging them.  And its quiet presentation is merely a front for songs of great strength.
Posted by Bob Mersereau at 9:23 PM