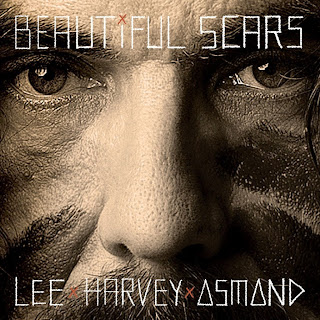 The third album for Tom Wilson's other, other, other band. Better known for his part in Blackie & the Rodeo Kings, his old group Junkhouse, and his solo career, Wilson put together this group of friends and sometimes family because of his limitless energy and wealth of ideas.


The concept at the start was that this would be acid folk, a term Wilson coined. I've seen 'em live, and heard the other discs, and never quite got it, but this time Wilson has solidified the sound and I'm understanding. Not that I didn't love the previous two, btw.


So what we get is a slightly twisted, somewhat dark acoustic music, where anything is possible. Vibraphone gives it an other-worldly feel, as does pedal steel, made to sound ghostly. There are horns, but not big ones; if horns can be sad, these are they. Flute grooves along through the cut Black Spruce. Players and pals include producer Michael Timmins, he of Cowboy Junkies, along with Alan Anton on keys. From Harlan Pepper comes Dan Edmond and Wilson's son, Thompson. Skydigger Josh Finlayson repeats his role as band bassist, as does drummer Ray Farrugia.


The overall feel is intimate for sure, Wilson's whispered vocals are up close and in your ear, low and hypnotic. Joining him on several tracks is Andrea Ramolo of Scarlett Jane, the sweet counterpoint to his savory moodiness. The track they wrote together, Hey, Hey, Hey looks at two lovers screwed by life, summing up much of the album: "The world is fucked up, and so are you and I." Ah, but you're my kind of fucked up, you crazy kids.
Posted by Bob Mersereau at 8:21 PM