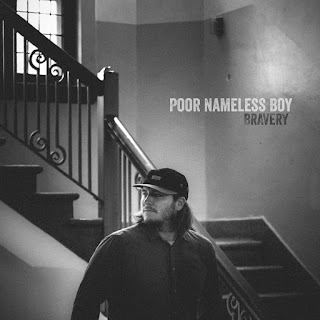 Beats me how a Saskatchewan boy knows how to write about the Atlantic Ocean, but Joel Henderson (aka Poor Nameless Boy) nails it on the song of that title, plus the cut Dream Boat, where he's sailing with a few too many dreams to take on another, perhaps a lover, we're not told. Anyway, sailing imagery is just one of his strengths, on his second, very strong collection.


Henderson's an acoustic storyteller, with that magic touch, the ability to paint a word picture that immediately stands out. In Saturn, we meet the woman with "Cherubim angels tattooed on her arms/Guarding the garden with flaming swords." In Fairy Tale, we find out he's "crossed too many bridges with trolls underneath." In short, the kind of lines that make you look up from Facebook and realize something's going in these songs.


There's some evocative violin gliding through several of the songs, and a couple of times, a full band comes along to lively up the pace through these 10 cuts. Mostly though, we're hear to listen to his fine voice, positive demeanor, and inspiring lyrics.
Posted by Bob Mersereau at 9:12 PM