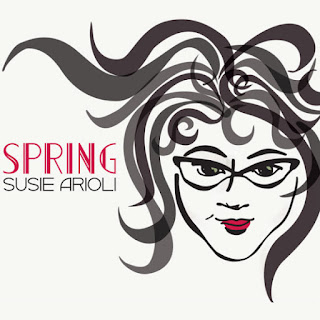 The highly-regarded Montreal jazz singer surprises on her new album with the introduction of a new skill set, songwriting. Four of the dozen tracks are her own compositions, songs that not only stand up well with the covers here, but actually set the tone for the whole album.


The title cut is one of hers, a clever lyric in the Ella-Songbook style, easy and bouncy. Someone Else glides along over a gentle bossa nova. Can't Say No has a bit of a country touch, while opening cut Loverboy makes it clear the set will be filled with strongly-crafted collaborations between the singer, arranger and musicians.


Working closely with pianist Don Thompson, who arranged the numbers, Arioli always approaches the songs with just the right amount of vocal energy, never trying to to add too much. There's an easiness to the album, plenty of swing, and lots of subtlety in her phrasing. There's also lots of impeccable playing from the large cast of musicians, including five horns, with Thompson's piano and vibes leading the way, along with a few stand-out trumpet and sax solos. Produced by the acclaimed John Snyder (Dave Brubeck, Etta James, Derek Trucks, Bill Withers, etc.), as you can imagine from all this, Spring sounds fresh for all these reasons.
Posted by Bob Mersereau at 1:00 PM