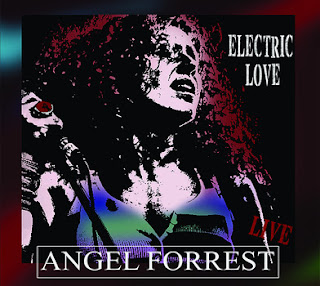 The gritty Quebec blues singer and reigning Maple Blues winner for Female Vocalist of the Year for the past five years sums up her 30-year career with this sprawling two-disc live album. Recorded at one show in St.-Hyacinthe, QC last October, Forrest and her crack band show they don't need any after-the-fact sweetening or choosing the best tracks from several dates, they put on a great night when the pressure's on and tape is rolling.

With her major vocal abilities, Forrest has become known for her own energetic material, and her masterful versions of the classics. Lots of people do well-known covers, but hardly any make them their own, and that's what she's able to do time and again, in a variety of styles. Of course, there's her Janis Joplin choices, a specialty since her days doing her tribute show, which first caught the public's attention. Here she brings back Piece Of My Heart and Me And Bobby McGee, and I wouldn't want to have to choose between her versions and Joplin's. But just as successful are her interpretations of Robert Johnson's Walkin' Blues with modern power, and a House Of The Rising Son that wails. The thing is though, she makes every song sound like a classic with her intense takes. Her own Crucify, from 2016's Angel's 11 album, is a heart-breaker, with tremendous emotion. All through the show, lead guitar player Ricky Paquette is a revelation, and would probably be raved about more if he wasn't next to that vocal powerhouse. This is a group on fire, on a special night, but I get the feeling they do that every night.
Posted by Bob Mersereau at 5:32 PM