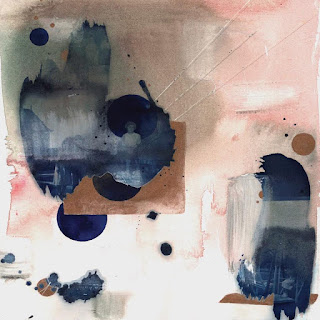 After a string of much-appreciated, alt-country songwriter albums, P.E.I.'s Ellsworth has embraced his power pop side, and plugged in. Teaming up with producer Joel Plaskett at his Dartmouth studio New Scotland Yard, they formed a little East Coast all-star unit, along with Emergency drummer Dave Marsh and The Super Friendz' Charles Austin on bass. Those guys are all soaked in melodic '90's guitar pop, and it just so happened Ellsworth had written a bunch of tunes in exactly that direction.

Plaskett has so many ideas, all great, that he can sometimes overwhelm artists he's producing, standing out a little too much in the material. Ellsworth though has enough experience and confidence to step forward on each track, and it's his voice that dominates. He has great pipes, and Plaskett wraps a bit of echo around them, making sure the singer is always out front. The result is an album that's cohesive, and the strong players involved really do sound like a band. Caught In The Waves is a cool, mellow production that features a dreamy chorus, Austin's distinctive bass line and sweet vocals and backups. Couldn't Care Less has crunchy chords and She's Never Wrong has an early '60's bounce.

But Ellsworth has always been a thoughtful writer, so there are just as many reflective songs here, ones that start acoustic but build up with the band into catchy choruses. Like the changes he made in his sound, Ellsworth's words show he's always searching for deeper meaning, pushing himself. It's always better when things change.
Posted by Bob Mersereau at 10:13 PM