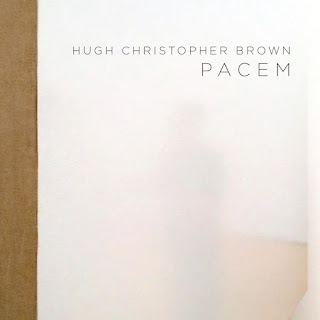 Toronto's Bourbon Tabernacle Choir were certainly one of the country's most eclectic bands of the '90's or ever, and founding member Chris Brown has continued in a varied career. A producer, co-conspirator and activist, Brown has turned the old post office in Wolfe Island, ON. into his studio, and has also run a respected program in prison to help inmates with music careers. His new album corrals many of his ideas and influences, starting with a Latin prayer, adding a host of guest co-vocalists, allowing room for a serene piano instrumental, and filling the rest with inspiring, thoughtful lyrics.

A keyboard player first and foremost, Brown lets the meditative qualities of piano feature prominently on some songs, including penultimate song The Wave, even handing over the vocals to longtime partner Kate Fenner, another original from the Bourbon Tabernacle Choir days. It's imbued with this gem of wisdom, like some ancient Eastern text: "If goodness is what sorrow saves, then let these tears roll like the waves." Others spring from acoustic guitar, accented with only the most peaceful of instrumental help, from cello and violins, mandolin, pedal and lap steel. Pacem, indeed. There's decency, humanity and fine musical innovation at work here.
Posted by Bob Mersereau at 9:41 PM