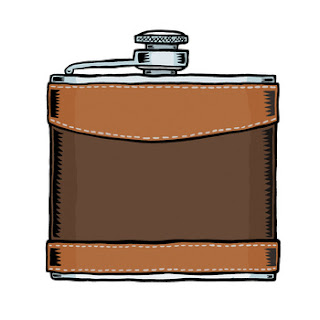 Playing surf music won't make you rich, that's for sure.  Ever since it's heyday back in the early 60's, surf has held on, but just with a cult following, and there's rarely more than a handful of groups around making the music full-time.  Heck, Dick Dale is still alive (75) and playing dates, so he almost corners the market.

Yet Canada, with its very limited surfing spots, still manages to have a few practitioners around, and it may be even be growing.  The Sadies still hold a candle for surf, and never fail to play some live each show, so there's been exposure that way, and of course back to Shadowy Men On A Shadowy Planet.  Now comes Ontario's Legato Vipers, made up of veterans from other groups with a shared love of twang and reverb and instrumentals.  The band includes guitarists Mike Brooks (Bry Webb & the Providers), and Jordan Howard (The Acorn), bassist Tyler Belluz (Del Bel) and drummer AJ Johnson (Cuff the Duke).

Legato Vipers follow the surf rules, even it it means not living up to their name, as there are far more staccato notes being played, those short, sharp runs of hot guitar.  Of course, everything is soaked in echo and reverb, and there are no vocals.  The eight song EP totals only 14 minutes and 39 seconds.  Again, that's exactly what you do in surf, find a memorable lick, the lead guitar makes it the melody, you play it, find a nice ending, and get out.  There's a good mix of rough stuff and pretty sunset music, which is just slightly slower and more dreamy.  On the faster numbers, there's menace, the guitar's single-note solos spitting out the melodies, in a dark and dangerous mood.  Surf is as close to musical film noir as there is, at least in the instrumental category.

The Vipers are pretty serious about this one.  The EP is just part of the assault, with a series of videos, a full Eastern tour that just wrapped, and a bunch of tie-in merchandise that makes the website fun.  A Legato Vipers flask?  Quick slug, get it?  I'll drink to that, plus you get the download with it.
Posted by Bob Mersereau at 7:07 PM