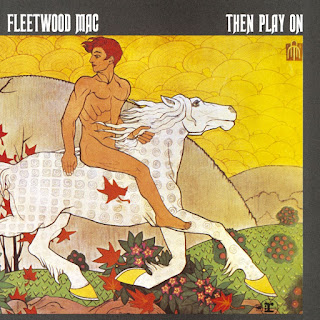 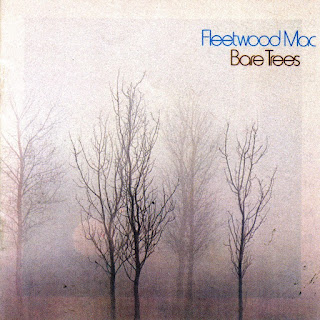 Just imagine if on one of these endless Fleetwood Mac reunion shows, the curtain opened to expose three guitar players, none of them Lyndsey Buckingham, and the music largely guitar blues, with some psychedelic numbers in there as well. In the rush to get their money back, the hoards might not notice the handful of fans staying behind, cheering like mad. There was a moment, back at the end of the '60's, when this version of Fleetwood Mac was the real deal.


First formed in 1967 as a blues group out of John Mayall's Bluesbreakers, Peter Green was the early leader and guitar hero. It was a rare time when blues groups could actually have pop hits, and the band scored with such numbers as Oh Well and Albatross. This got them a pretty healthy record deal for a third album in 1969 from Reprise, which is where we pick up the story with this series of vinyl releases.


These four albums are the band's third to sixth releases, dating from 1969 to 1972. The early success of the group did not bring them stability, and a series of steady and confusing personnel changes happened with each album, through until the Buckingham-Nicks era began in 1975. Green was the first one gone, leaving after 1969's Then Play On, and the group struggled to find a consistent sound amidst the bodies shifting.


Then Play On was also the first album where band pal Christine Perfect from Chicken Shack would guest, although she's not credited. A couple of albums later, the one-time British Female Vocalist of the Year would join full-time, now going by her married name of Christine McVie, wed to the bass player.


Then Play On was the group's first rock album, although the blues are still felt in a couple of instrumentals and Green's monumental Rattlesnake Shake. Slide guitar specialist Jeremy Spencer barely appears, while new guy Danny Kirwan supplied more pop/rock material. It was all over the map for styles, and interesting because of it.


With Green gone for the next album, Spencer contributed more tracks for 1970's Kiln House. However, by this time he'd become interested in recording cuts that were basically tongue-in-cheek rewrites of old rock and roll stuff. Buddy's Song is simply a bunch of Buddy Holly song titles strung together as lyrics over the music to Peggy Sue Got Married. Danny Kirwan does supply a couple of nice ones, including Earl Gray, and there are good group instrumentals, but this is a band unsure of its future.


1971 saw the release of Future Games, and a much stronger lineup with Spencer gone (famously leaving to join a cult while on tour). In his place was U.S. guitar player Bob Welch, and Christine McVie was now an official full-time member. The transition to pop-rock was complete, and for now the band was better off for it. Welch was able to jump in with solid, melodic material such as the title cut, and McVie wrote and sang a couple more, the lovely Show Me A Smile hinting at her hit-making talents to be discovered four years later.


The next year Bare Trees continued the solid results, including the first version of Welch's Sentimental Lady, which he would re-record as a big solo hit in 1977. Kirwan was quite a handful of a person, and was fired after the release of the album. Fleetwood Mac would go through more instability until the miraculous rebirth in 1975, but there are many fine numbers to enjoy on these albums, with Then Play On the best of them, Bare Trees and Future Games equal, and Kiln House a troubled but decent effort.
Posted by Bob Mersereau at 9:25 PM