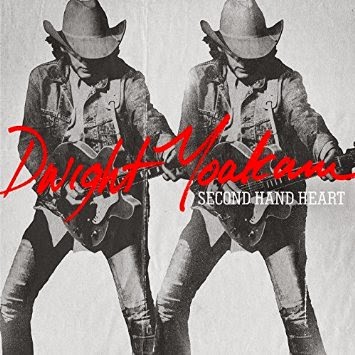 Yoakam's been active but not exactly sizzling over the past few years, but this feels like he's been re-energized.  It's a stirring collection of songs that show how his style has evolved into a singular sound.  For a guy who was once Bakersfield redux, Yoakam is now pretty much his own genre, not part of any one field, and certainly not what passes for country now.  He also no longer sounds like country back then, either.

What Yoakam does is deliver an amalgam of licks, tricks and songwriting that blends some twang with pop and rock hooks.  Cut two here, She, is really a power pop number, complete with jangly guitar.  There are rich harmonies to counter his drawl.  Dreams of Clay is Elvis, the Suspicious Minds era.  In other places, it's Beatles songwriting, but played country.  In Another World plays like an Orbison number, but a ringing piano hints at pop roots, and then some Beach Boys' oo-weee-oo vocals take it back across the pop charts.

You can't call this alt-country, or roots rock, or anything else I can think of.  It has the rhythm guitar excitement of Tom Petty's best hits, but transplanted into a California Cowboy.  It's one of Yoakam's very best, too.
Posted by Bob Mersereau at 2:38 PM