MUSIC REVIEW OF THE DAY: THE SUN HARMONIC - AFTER WE FLY 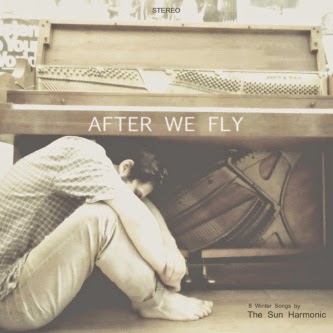 The Sun Harmonic is one of the many projects for Toronto-based Kaleb Hikele. He`s led rock bands, been a folk performer, and helped create an artist collective, as well as solidifying his creative empire by building a downtown studio. Now, he returns to his first instrument, the piano, to create this body of songs on the new set After We Fly.

It`s actually a sampler for a bigger work to come, a wide-ranging double album he`s preparing for 2016, called Winter. So this has the alternate title of 8 Winter Songs. How snowy the whole thing gets remains to be recorded, but for now After We Fly is a tempting treat. Hikele knows full well how to make modern, delicious tracks, rich in melody and intricately composed. What he avoids here is the temptation to chop it all up and dose it in trickery and finery. Instead, each song has as its main instrument the piano, so sadly out of fashion in most genres. Yet here it is in all its glory, chords and triplets and trills and tremolos.

That's not to say he doesn't embellish; there are lots more instruments, even some effects, but those glorious melodies came straight from the old Joanna. He introduces jazz moves, classical ideas, and lush pop, with cello, trumpet, and a grand chorus of voices among the guests. With a fine, soothing voice as well, Hikele has done wonders for the piano player.
Posted by Bob Mersereau at 7:15 PM