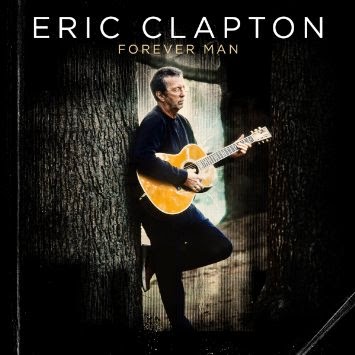 A generous collection made up of three discs, breaking down Clapton into his three main categories: Disc one tackles the pop-rock hits, disc two his live releases, and the third covering the blues. But before you start humming I Shot The Sheriff, know that this is only from his later career once he joined forces with Reprise Records through his own Duck label. That era starts in 1983, with the I've Got A Rock 'N' Roll Heart single, right up to 2013's Old Sock album. So, no original Cream cuts, no Lay Down Sally, and the Layla you get is the live, Unplugged acoustic version.


Let's leave the question of what era is the best for Clapton, you can supplement this set with any number of best-of's and boxes that cover the '60's and '70's if you don't have it already. The real decision here is how much value there is in his second-half, the past thirty-plus years. The studio disc offers mellow highlights My Father's Eyes, Tears In Heaven and Change The World, plus the delightful collaboration with B.B. King, Ridin' With The King. But beefing up the content to CD length proves a bit problematic, with so-so singles Bad Love, Forever Man and Pretending more formula than inspiration. One plus is the inclusion of Clapton's version of Call Me The Breeze from the tribute album he curated last year in honour of J.J. Cale.


The live disc is made up of tracks from four different Clapton concert albums over the years, and allows for some of his old hits to get included here. From 1991's Royal Albert Hall shows come a trio of Cream numbers, Badge, Sunshine Of Your Love and White Room. A reunion tour with his Blind Faith pal Steve Winwood in 2008 give us Them Changes and Presence Of The Lord. This is perhaps the most valuable of the discs, as only the craziest Claptonites would have his many live sets, and it's good to get this overview. There's even a live Cocaine previously only available to fanclub members.


The blues set collects cuts from several different albums, although the Robert Johnson cover versions he did for the 2004 albums Me and Mr. Johnson and Sessions for Robert J feature heavily. Still, you'll find blues tracks on pretty much every one of his albums, and cuts from 1989's Journeyman, 1994's From The Cradle and 2010's Clapton all show up. Given the spotty nature of disc one, I'd say given the evidence here, Clapton still shines best doing the blues.


Here's where I stand on this material, and the last 30 years of Clapton: The best albums he made are collaborations with friends, such as the B.B. King one, and The Road To Escondido with J.J. Cale. Get those, plus maybe the Robert Johnson discs, and Unplugged if you are so inclined. All the rest are okay to weak, and you'll probably be able to fill in all the blanks you need with this collection.
Posted by Bob Mersereau at 10:33 PM