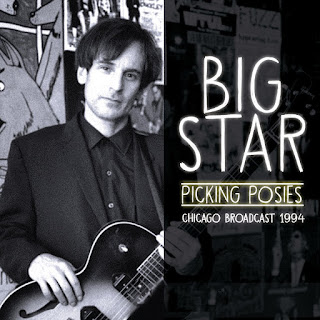 This live set is of bootleg quality, but should please fans anyway. It's taken from the early days of the second era of the band, when originals Alex Chilton and Jody Stephens were augmented by The Posies, Ken Stringfellow and Jon Auer. What had started as a quick reunion had blossomed into a fully-functioning band that lasted until Chilton's death in 2010.


The set list rarely changed for those shows, heavy on the first couple of albums, the big favourites of the Big Star cult, including In The Street, September Gurls and The Ballad of El Goodo. Chilton was fully engaged in the show, serving as a good-humoured frontman, after largely ignoring the band for years. The audience treats the songs with reverence, each one of the well-memorized album cuts greeted with a cheer, like its currently climbing the charts. Small but mighty was the Big Star fan club by this point.


This is the full set, coming in at about an hour-and-a-quarter, featuring some well-chosen covers such as The Kinks' 'Til The End Of The Day, Baby Strange by T. Rex, and Todd Rundgren's Slut. The source was an FM broadcast in Chicago, and as such there's a couple of noticeable dips in volume, some audience chatter mid-song, and an overall lack of clarity. But as for the show, it's probably the best I've heard this band from the legitimate sources available, so it is valuable.
Posted by Bob Mersereau at 5:51 PM