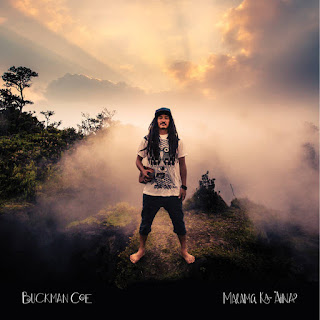 Starting with some easy, melodic reggae numbers, I thought I had this guy pegged from the start, kind of soulful, with a good groove. But by cut three, Red Moon, he was messing with the usual, expanding and defying my expectations. There's something else going on from this Vancouver artist, lots in fact, in the music and the lyrics.


Although reggae is the dominate sound for much of the album, Coe and Co. incorporate a wildly-imaginative variety of styles, weaving them in and around the verses. Que Nos Espera is almost impossible to pin down, with big rock moments, dramatic Latin lines, strings in the reggae verse, and two languages. Love's Eternal starts with ukulele, a favourite of Coe's, Hawaiian music a big influence, really emphasizing his cool soul side. Rubber Bands is orchestra and pop, sounding very British and Beatles-influenced. Nine cuts in, and you'll probably have forgotten this started as a reggae album. Closer After All is a beautiful piece that has echoes of both Rufus Wainwright and Jeff Buckley.


Coe covers lots of bases lyrically as well, from romantic to spiritual to political. Several of the songs reflect what a lot of people feel about the environment and industry of late. Carnival Ride takes on the topic of pipelines directly, Coe observing how protesters in his area come from both aboriginal and non-aboriginal communities. And the title is a Hawaiian phrase that pretty much sums up the belief system, meaning respect the land and live in harmony. Coe certainly shows how to do that musically over the whole of this album.
Posted by Bob Mersereau at 9:46 PM