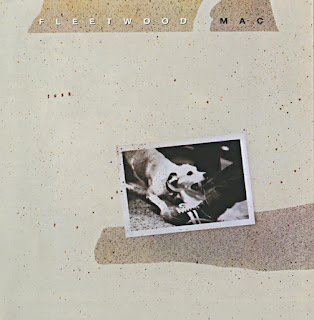 To this day, Tusk is a confusing and largely misunderstood album in Fleetwood Mac's long career. It was many things: experimental, bratty, forward-thinking, game-changing, panned at the time, and potential career suicide. In hindsight, it's just as many things: part brilliant, party folly, career-killer in some ways, career-saver in others. But 36 years on, it's better than its reputation at the time certainly, and well-worthy of this bulky re-examination.


Available in several formats, including a stand-alone 180-gram vinyl edition for purists, the big super-deluxe edition covers it all. The original double album is on the first CD, at nearly 80 minutes. Disc two is singles, out-takes and sessions, featuring several remixes and edits for radio, then a bunch of early versions of the songs, in various attempts over the long year making the album


Disc three is novel, a complete alternate version of the album, featuring the songs in sometimes quite different forms, from largely acoustic to different instrumentation, to a take of Christine McVie's Brown Eyes, featuring band founder Peter Green doing a guitar solo. Discs four and five feature a reconstructed live album, with songs from various sources along the lengthy Tusk tour, but feeling very much like a single show. The final disc is for the audio junkies, in 5.1 surround and 24/96 stereo.


It is Lindsay Buckingham's album, and is has his reaction to the ridiculous success of Rumours, That album had made them the biggest band in the world in the days of the greatest glory and excess. They were also the most dysfunctional group of people in the world. If Rumours had been a soap opera, Tusk was a farce. Nicks had an affair with Fleetwood, destroying his marriage. Then Fleetwood took up with Nicks' best friend, Sara (as in the hit single). Christine McVie, having split with the bass player before Rumours, now ended her relationship with the group's lighting designer. Then she started seeing Beach Boy Dennis Wilson, probably the most unstable, self-destructive person on the planet. Only Buckingham seemed to have it somewhat together, except he wanted to experiment with recording techniques, make wildly different songs from his usual hit singles, go all over the map stylistically, and in general say screw you to fame, record companies, and anyone's expectations.


The record-buying public certainly noticed that Tusk wasn't Rumours pt. 2. It sold a few million, but nowhere close to the previous mark. Those who bought it barely played it. The first single, much anticipated, was the title cut, a most odd percussion experiment. There were more typical singles to come, from McVie's Think About Me, and Nicks' Sara and Sisters of the Moon, but without an upbeat Buckingham tune like Go Your Own Way, the more moody songs from Nicks couldn't carry the disc.


If you do go through it now, song-by-song, appreciating Buckingham's, techniques and lofty goals, and stop waiting for the hits, it's a very strong collection. It has a horrible running order, so it never gels as an album, and is too long, but there's something there for sure. I know lots of music fans who don't listen to Rumours because it's so overplayed. They should try out Tusk, because it is a lot better than its been given credit for all along.
Posted by Bob Mersereau at 6:19 PM