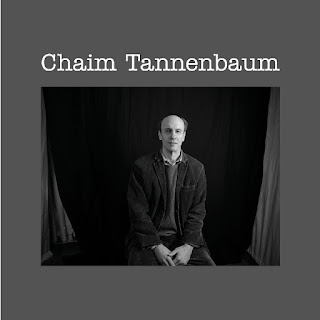 Bit of a mystery man, this Tannenbaum. For years, I've seen his name gracing projects by The McGarrigle Sisters, Loudon Wainwright III and that whole extended family. A multi-instrumentalist and harmony singer, I assumed he was some kind of master musician Kate or Anna had found squirreled away in a folk club, and drafted into their employ.


Part of that was true, and it turns out he was a teenage friend of Kate's, but music wasn't his main job, he was actually teaching philosophy at Dawson College in Montreal, specializing in logic, that ridiculous math-philosophy hybrid that brought about my demise is second year. If "A" then "B", that's all I remember. You need a brain much bigger than ... well, mine, for instance.


Anyway, was Tannenbaum a musical hobbyist with some cool, connected friends? Hardly. Not only was he a killer player, he was often the subtle third voice making the magical blend with the Sisters, and a fellow traveler in the world of real folk music, recognizing the beauty in old-time melodies, and the importance of continuing traditions, plus making it all modern too.


In all this time, he stayed at the back, almost nameless, until being convinced to make this debut album. And what a joy it is, helping to fill a bit of the hole left after the death of Kate McGarrigle. A mixture of traditional songs and his own, Tannenbaum plays the same kind of parlour folk as his famed friends, with such a warm, lived-in voice. He sounds a bit like Pete Seeger, with a bit of Wainwright thrown in at times, a lovely, wordy, conversational delivery. Not big-philosophy worthy though, just a lot of good ones, with great stories.


He knows his old blues for sure, able to call out numbers by Sweet Papa Stovepipe and Peg Leg Howell, names so classic I was worried they might be made up (they aren't, I Googled.) Ain't No More Cane on the Brazos, that I know from The Basement Tapes, but Tannenbaum and crew are less rough-hewn than Dylan and The Band. Here he's helped out, as on other tracks by pals Wainwright and the venerable stringman David Mansfield.


There's old-time Gospel here too, with a good approximation of Salvation Army backing, with tuba, bass drum and cymbals. The gentle wheeze of keys is a sound featured throughout as well, whether accordion or harmonium, again helping establish that parlour mood.


It would all be great and charming and worthy, but it turns out that Tannenbaum is also a songwriter of distinction, with a singular style that defies comparison. There are three grand examples here that dominate the second half of the album. They each feature a narrator, telling an important life story, as if we're sitting listening to a stranger laying out his melancholy tale in a down-and-out bar. London, Longing For Home sees an ex-pat stuck in that huge city a few decades back, telling those of us listening just how awful Jolly Old England really is, despising that warm beer and the entire neighbourhoods of poverty nobody sings about. Brooklyn 1955 is a classic baseball story, that of the much-loved Dodgers before they moved to Los Angeles, and as a huge ball fan, I can tell you this is the Field of Dreams of baseball songs. Lastly comes Belfast Louis Falls In Love, more of a shaggy dog character this time, and the story the protagonist tells is full of curves and hills as its unravels over its eight minutes, with rich phrases such as "There are men who think the future is all bicycles and ice cream." The poet-philosopher, then.


There are so many cultural touchstones here, geographically and musically, as Tannenbaum takes us from the Deep South to Appalachia to the continent, from antebellum periods and Stephen Foster melodies and light-hearted Broadway tunes. Too often an album like this will be tossed a nice compliment and called roots and folk music, but we're talking decades and centuries and multiple countries and connecting cultures here, plus Tannenbaum's own wonderful, unique creations. That's so much to enjoy and discover, all done within the context of his own musical stamp. There's a bit more here than, say, an album of dubstep, or whatever.
Posted by Bob Mersereau at 11:45 PM