MUSIC REVIEW OF THE DAY: REPARTEE - ALL LIT UP 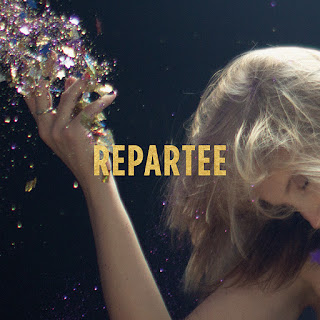 The happiest band in St. John's, N.L., or anywhere for that matter, Repartee are spreading that sunshine across the country as they head out on tour for the new album, All Lit Up.  After spending the last few years building the name and honing the sound, the group has zeroed in on its target, making big fun pop music, with a strong live band behind it, and lots of Top 40 hooks all the way through.

Lead singer Meg Warren is a jubilant and strong presence, bringing lots of the good vibes on record and stage, plus the very pleasing pipes to back that all up.  And while all of this could be programmed and autotuned, that's the exact opposite of how they make their pop.  They can, and do, all this live as well, with Warren's highly-trained voice (did opera, took voice at Memorial) having no need of electronic help.  Nicely though, the group adds lots of production on the album, effects and echo that highlight Warren's lead vocal, and each track is filled with energy, bliss for the both the modern pop fan or retro-'80's devotees.

Repartee's All Lit Up tour takes them literally coast-to-coast, as they make their way to B.C. and then back home to St. John's.  Here are the next few dates:

Posted by Bob Mersereau at 5:50 PM