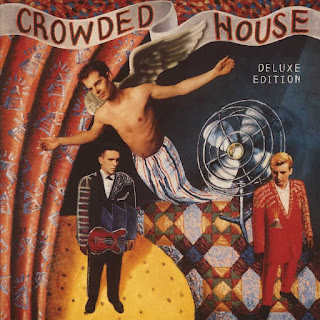 Here's a wealth of Crowded House material that is going to keep fans busy until well past Christmas at least, and probably much longer as they take in all the new musical information included here. This is one of the most impressive reissue campaigns ever seen, and I'm not being hyperbolic. Every one of the band's studio collections has been reissued with an additional disc of mostly unreleased material, and in each case, that second disc is much longer than the original album it matches.


Then there's the look of them. Instead of throwing the sets out in regular jewel cases, each has been packaged in an enlarged box, with a hard cover, and a bigger picture than ever of the unique artwork created by band bassist Nick Seymour. The visual side of Crowded House was always a delight for fans, a bonus that reflected the group's sense of humour and whimsy. Also included is a full-sized book that features a new essay, info on all the bonus tracks, and lots and lots of pictures of original singles, posters and such, again a visual treat. 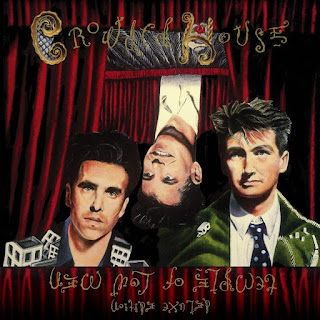 Taking a quick look at the original albums, debut Crowded House from 1986 was full of fun, witty tracks that showcased the group's charm, plus the breakthrough, world-wide smash, Don't Dream It's Over, the hugely melodic ballad that remains their best-known track. After some initial trouble, after a few months the album broke through in North America, especially Canada, where the group became huge MuchMusic favourites. 1988's Temple Of Low Men was darker, with infidelity and jealousy on the table. Songs such as I Feel Possessed, Into Temptation and Better Be Home Soon were no laughing matter, but still featured the best melodies in the game. 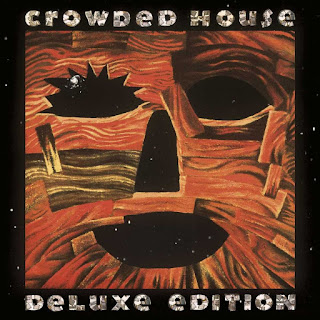 Third album Woodface had a troubled beginning. Neil Finn was working on two projects, the new album, and a set of originals written with his brother Tim (ex-Split Enz) that was going to be released as a side project. But when their record company rejected the new Crowded House album over weak songs, Neil asked his brother if he could pillage the work they'd done. Tim agreed, and also came along in the bargain, joining the band. It is arguably the strongest House album, with such gems as It's Only Natural, Fall At Your Feet, Weather With You and She Goes On, all featuring the brothers in harmony. That didn't last though, as Tim quit the act mid-way through the tour, one of a long series of break-ups afflicting the group. 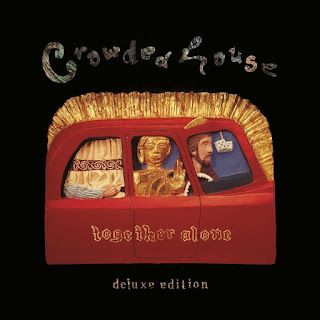 The final proper album is Together Alone, a 1993 effort that saw touring keyboard player Mark Hart join full-time, and producer Youth brought in, with the record made in a remote setting in New Zealand. It is the more experimental, and louder of the band's discs, and highly enjoyable for it, with standouts Distant Sun and Locked Out filled with gutsy guitar. In 1999, after the band's initial split, a compilation of previously unreleased songs called Afterglow was assembled, many of them outtakes from the initial third album, before brother Tim's joining. 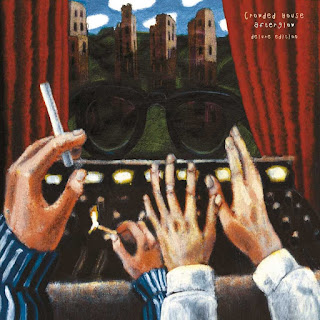 With a set of outtakes already having come out, you'd think the well might not be that deep for more bonus cuts, but it turns out, Afterglow was really just the tip of the iceberg. Neil Finn was a passionate demo-maker, and for much of the time, very prolific as well. Finn made available his great stash of home tapes, studio masters, everything in the vault, to be considered, allowing himself final approval over the tracks selected, but it was certainly a gold mine. There are heretofore unknown gems even he admits really should have been released, passed over for some imagined flaws. We hear full songs that were scavenged for others, a line, a chorus, a hook, anything could be transplanted to serve the greater good. The best example of this is found with a track called Dream On, which had a middle eight he liked, which was then matched to a chorus from another called Never Been Born, and all added to verses from a third song, thereby creating Into Temptation. We get to hear the whole evolving process. Then there's the earlier version of the debut album's Hole In The River, which featured a rap in the middle by drummer Paul Hester (quite good, too) which was soon dropped. It all depended on whether somebody had a stronger opinion about a song. Producer Mitchell Froom liked the chorus of Now We're Getting Somewhere, but not the verses, so Finn simply took the verses, melody and all, from another cut, Stranger Underneath Your Skin, and grafted them in.


For bonus cuts, there's precious little filler, no extended versions or remixes, none needed, and very little live material, only cuts that were out there but very hard to collect now, on fan club issues or long-out-of-print CD singles. There are still many, many live shows in the vault, and the idea of a concert box set is still under serious consideration, the compilers have said. This only covers the initial releases of the band, and in the 2000s the group was reformed, after Hester's sad suicide, releasing two more albums, Time On Earth and Intriguer. Those two have been reissued in this same manor, and hopefully I'll get to those soon. Meanwhile, the band has been on hiatus since the Intriguer tour ended, except that this very evening, they take the stage once more, again at the Sydney Opera House, scene of their greatest concert triumph, for a special two nights honouring the group's 30th anniversary. I'd go, but I gotta work.
Posted by Bob Mersereau at 9:55 PM