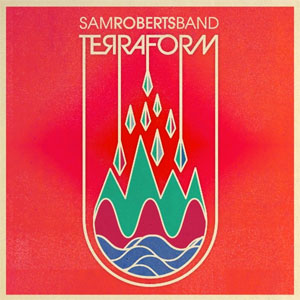 Roberts and Co. back off the synth of 2014's Lo-Fantasy a bit and get back to more urgent rock and roll sounds on this latest set, the group's sixth full-length. There's occasionally some bubbliness to tracks such as Lake Effect, but the set is dominating more by ringing rock, a wall of guitars, drums, keys all mashed up and coming fast and tough. On top of it all is Roberts' winning voice, meaning business yet still highly melodic.


There's still just enough of a synth bed to give the album a glossy sheen as well, every once in while reaching the surface to add an 80s air. But the Roberts Band is always more about the songs than style, and while they move back and forth a bit from album to album, you can always count on high-quality, driving numbers with just a big of mystery, such as closer Spring Fever or first single If You Want It.


The group kicks off an East Coast tour over the next week, before heading off to U.S. dates. On Tuesday, Nov. 16 they are at Casino New Brunswick in Moncton, on Wednesday it's the Convention Centre in St. John's, Thursday the Halifax Forum, and Friday Murphy's Community Centre in Charlottetown. Adam Baldwin will be opening all those shows.
Posted by Bob Mersereau at 9:05 PM