MUSIC REVIEW OF THE DAY: THE EXPRESS 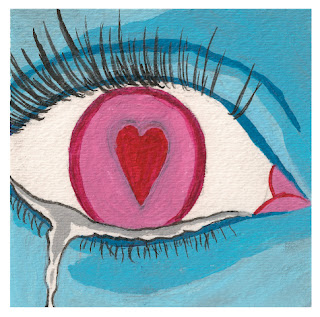 What's the matter with young musicians these days?  Why, back in the good old days, when a band had downtime, the members would simply trash hotel rooms or drive their Rolls-Royce into the swimming pool.  Nowadays, everybody's doing side projects, teaming up with players from other bands, trying on new styles, or going solo but staying in the main band.  Often, its simply the financial need:  Players can't get enough work in one band, so they, like other people, are working two jobs or freelancing.  And in some cases, it's all about the art.

The Express did come together for the music.  Liam Corcoran had more music, and different themes than he could expore in the power-pop setting of PEI's Two Hours Traffic.  It was acoustic, quiet and more personal then much of what has been suitable for the peppy group.  And if you're going to expose your most personal music, who are you going to trust more than family?  Corcoran found the ideal partner at the dinner table.  First cousin Kinley Dowling plays violin with everybody, I mean everybody on the East Coast, from Buck 65 to Jenn Grant to Matt Mays, but most notably and often with Hey Rosetta!  This collaboration has been discussed at various points, including shared tours and Christmas gatherings.

Initially, it was Corcoran who needed the outlet, but when it started to come together, Dowling brought her own similar quiet songs in, and it ended up she played an even larger role as vocalist on three of those.  The rest feature Liam, on acoustic, joined by Kinley's sympathetic harmonies and major string parts.  It's wonderful to hear violin and viola play such a major role, especially on relatively calm recordings.  The instruments stand out, and make the whole project sound very different from all the acoustic work right now.

Another great addition to the team is producer Dale Murray of Cuff The Duke, who put it all together at his studio in Dartmouth.  The multi-instrumentalist added the next layer of guitar, pedal steel and the like, providing much of the atmosphere.

So, you get intimate lyrics, calm and lovely harmonies, acoustic guitar, plenty of strings played in non-typical roles, and two interesting personalities.  Sorry I can't give you a handy comparison, I can't think of another duo to say "for fans of....", but if you like beauty in a laid-back setting, I'd take The Express.
Posted by Bob Mersereau at 11:27 AM