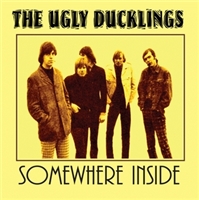 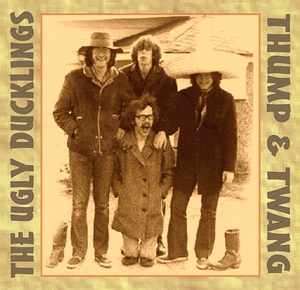 One of the bigger surprises when the numbers were crunched for both The Top 100 Canadian Singles, and Top 100 Canadian Albums books was the success of the Toronto 60's band The Ugly Ducklings.  The group's debut single from 1966, Nothin', was voted #33 of all time in the country, while the album Somewhere Outside grabbed the #72 spot in that poll.  Compared to other '60's bands, they had little exposure outside Toronto, and certainly haven't received much airplay since on classic rock radio formats.

The reason the Ducks have so many current fans is because of their connection with the late '70's punk crowd, and later, with fans of garage rock and authentic 1960's sounds.  Today The Ugly Ducklings are considered ahead of their time, and one of the best R'n'B groups to come along in the country.  Somewhere Outside is still a consistent seller, and now our knowledge of the group's sound is going to grow by leaps and bounds thanks to this new series of previously-unreleased music.

Compiled by band leader, singer and writer Dave Bingham, these rediscovered tapes fill in the gaps in the band history.  Subtitled The Lost Jams Series, Bingham has worked hard finding and trying to restore these vintage recordings.  First released for sale on eBay four years ago, now Bingham has raised enough funds and interest to make them widely available.

From January of 1967 comes the cleverly-titled Somewhere Inside, which is a radio broadcast from legendary Toronto station CHUM-AM.  The band was featured on the program Talent In Toronto, with interviews by DJ Bob MacAdorey and band cuts from the studio.  Now, your patience is required for this set, as the tapes aren't in great shape, even after the restoration.  The sound is thin on the music, and the interview segments have all sorts of background noise and interference.  Of course, it's a miracle any copy still exists.  Despite the problems, fans will instantly recognize its historical importance.  We hear about the realities of band life in the those days, get a taste of vintage broadcasting, and even get to listen to a commercial for the Confederation Train that was about to cross the country to celebrate Canada's 100th birthday.  But what truly blew my musical mind was hearing the group do Bo Diddley's I'm A Man.  It is incendiary, psychedelic, and groundbreaking.  Remember, it's January of '67, and The Ducklings are blowing the lid off this blues number, in the same fashion as The Who soon would for Magic Bus.  These guys could see the future of rock.

Unfortunately, their record label, Yorkville, couldn't or didn't want to.  On the new set Thump & Twang, we hear the demos the band recorded to present to the label as the new direction they wanted.  The late '67-early '68 recordings were improvisational and psychedelic blues, but the label wanted more pop hits like the #1 Gaslight in Toronto.  Again, the sound isn't the best on several of the cuts, basic 2-track demos.  But after the band left the label, they had gone into storage, forgotten until Bingham brought them out in 2002.  History saved.  Padding out the set are two very interesting cuts from a CBC TV show in 1968, called Through The Eyes Of Tomorrow.  Both are spooky blues, their own Hangman, and another Bo Diddley number, You Can't Judge A Book By It's Cover.  The Ugly Ducklings were doing what like-minded groups in England and the U.S. were doing, making the blues modern and exciting, for the new FM and album rock audience about to make stars of Led Zeppelin, Ten Years After, and so many others.  Unfortunately, the band never got a chance to make that record.
Posted by Bob Mersereau at 8:14 PM