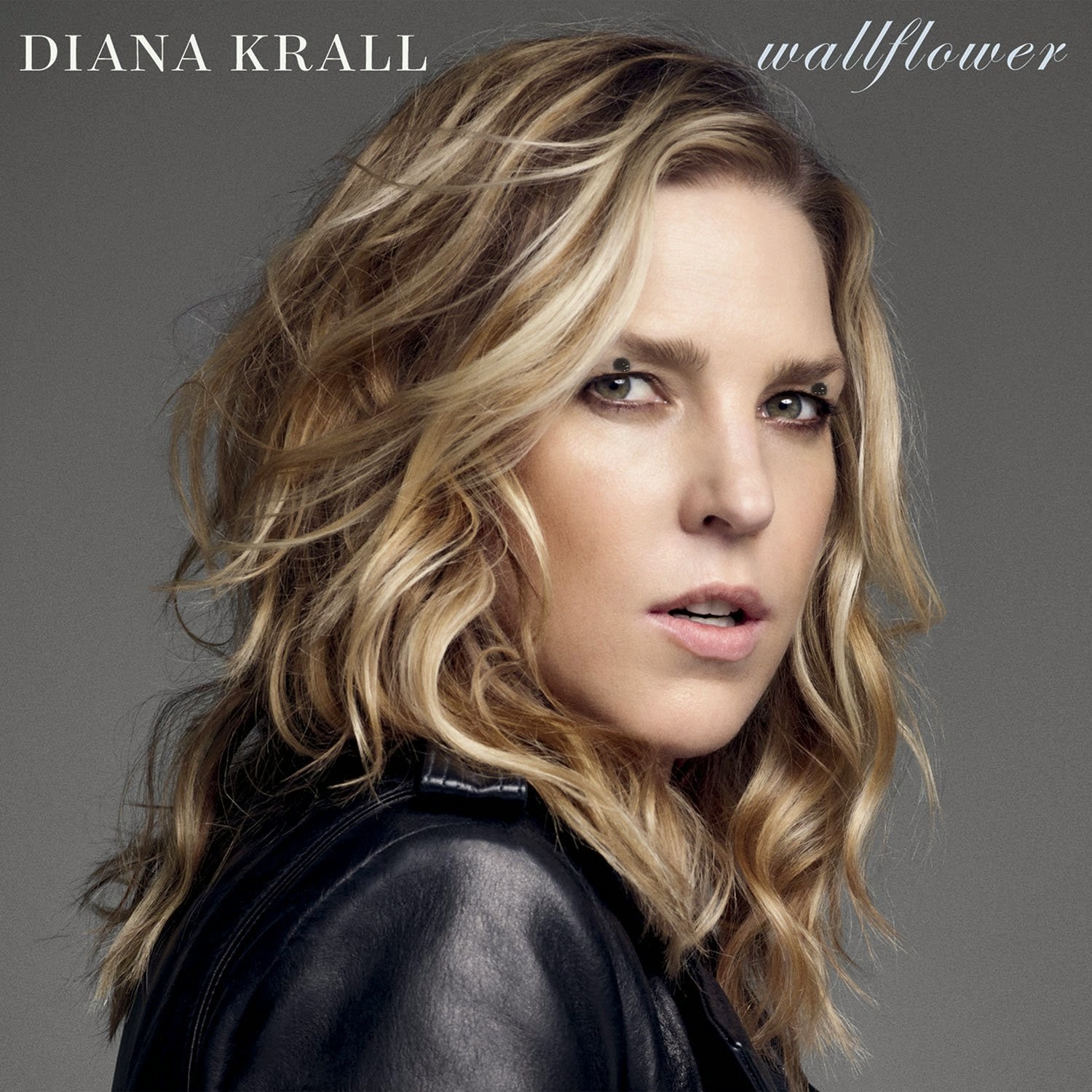 Thumbing her nose at the Jazz Police, Krall has made a full-on, orchestrated pop album, almost entirely of 70's radio hits, piano ballads for the most part.  And she doesn't even play that piano; instead, it's the producer...(pause for the sound of jaw-dropping), David Foster.  Jazz?  Not a drop of it.  There's even a Buble duet.  A Carpenters song.  And two Eagles tunes.  And no, she wasn't captured by aliens or Stephen Harper, Krall says she wanted to make this album, these songs are as much a part of her as jazz.  We're not far apart in age, and I get that, I have just as big a soft spot for 10cc's I'm Not In Love, Desperado, and Sorry Seems To Be The Hardest Word.  But she is crossing a big line, and not just the one placed by music snobs and jazz purists.  There's a commercial one as well, and this is the kind of album that seems more in line with Rod Stewart's Great American Songbook series, grand money-makers that those were.

Let's look at the choices;  I Can't Tell You Why by The Eagles, the Elton song, Jim Croce's Operator, California Dreamin', The Beatles' In My Life as a bonus cut.  All that's missing is Halle-fuckin'-lujah, and a Hallmark card.  There are a few interesting ones that get us out of the middle of the road, such as the title cut, an obscure Dylan number, and Randy Newman's Feels Like Home, which is done as a duet with Bryan Adams.  What, Sting busy?  Maybe she didn't want to stretch, maybe she just wanted to say, simply, I can do this stuff and do it well.  And it's okay to like it.  Okay, I'll concede that point.  But surely a few more surprises is not asking much.

One thing that does stand out is her voice.  She clearly has a passion for this romantic, melodic style, and hearing her on these very familiar numbers is at times a revelation.  She kicks Buble butt on Gilbert O'Sullivan's Alone Again (Naturally), and even helps point out the sophistication of the lyrics in The Eagles' tunes.  There, I praised The Eagles, what a giveaway.  I'm a 70's pop weenie, and truth be told, get more out of this album than Krall's jazz stuff.  Happy now Diana?  I just shot my credibility for you.
Posted by Bob Mersereau at 6:17 PM