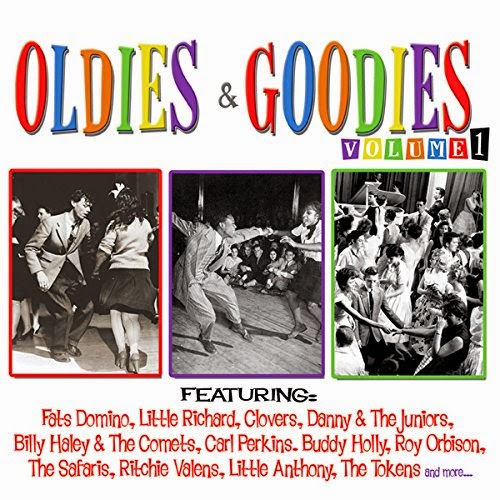 Another collection from the early rock 'n' roll days, similar to yesterday's review feature (Happy Days), and from the same label, the U.K.'s Sure Shot. This one concentrates a lot more on the hits however. Some of the very biggest are here, including Rock Around The Clock, Runaway, La Bamba, and Blue Suede Shoes. There are a couple of non-original versions, later recordings by the same artists, which are annoying at times, but these are both good quality, Little Richard's Good Golly Miss Molly and Bill Haley's Shake, Rattle and Roll. There are a lot worse transgressions on many of these compilations, so it's not a deal-breaker.


There are a few surprises, chief among them the version of Summertime Blues chosen. Of all the many hits and covers, it comes from obscure Kentucky rockbilly dude Rusty York, in a non-charting version. I love the fact we get the first version of The Twist, Hank Ballard's originator before the weaker Chubby Checker smash. Skip & Flip's Cherry Pie isn't very common on these type of sets, so that's a plus, as is Little Anthony's Shimmy, Shimmy, Ko-Ko-Bop. I sniff a little at the several typos in the booklet (Cherrie instead of Cherry, Safaris instead of The Surfaris, the makers of Wipe Out), but it doesn't hurt the music.
Posted by Bob Mersereau at 12:51 PM