MUSIC REVIEW OF THE DAY: ICON - R & B LOVE CLASSICS 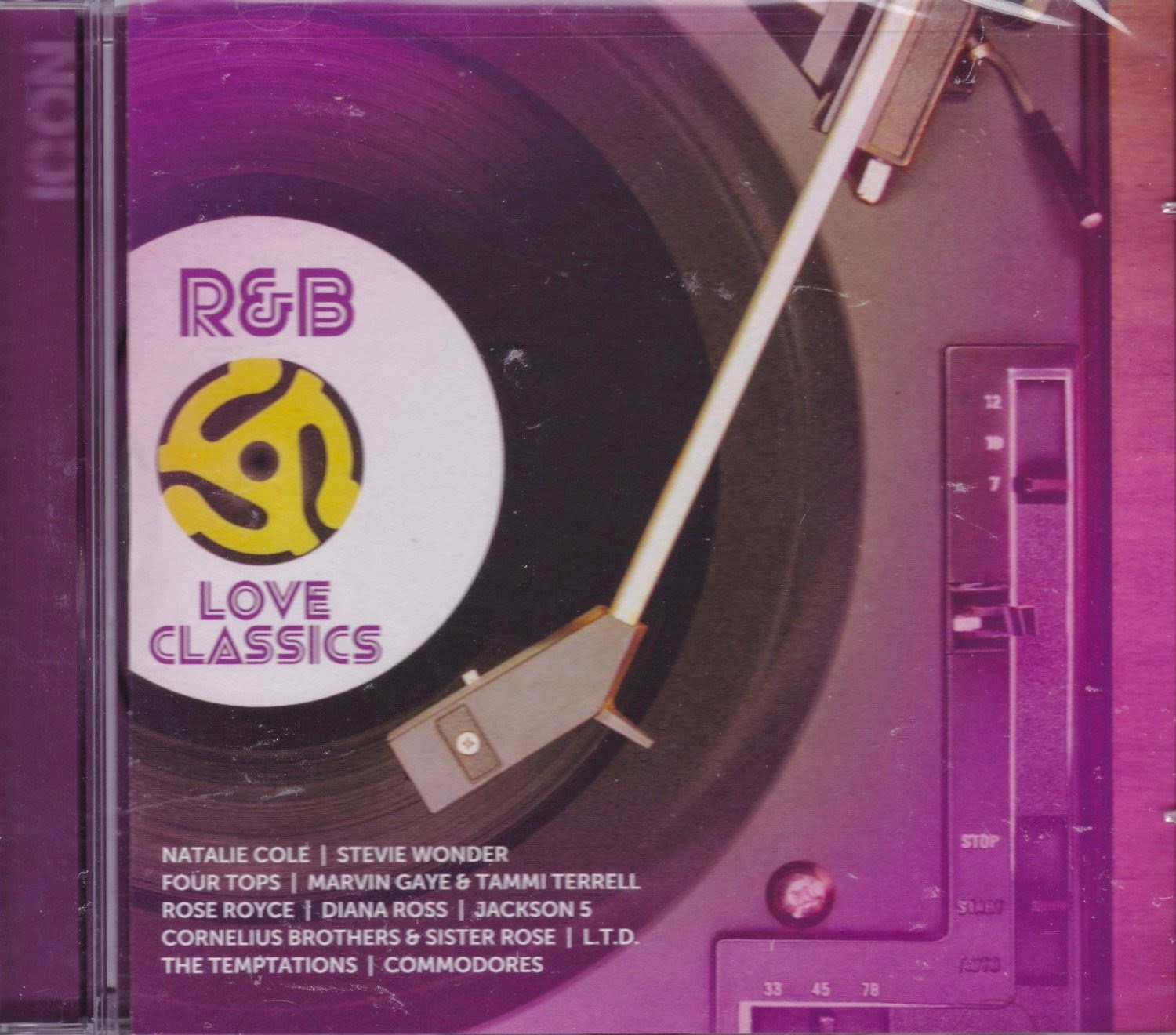 Love might be the theme, but the first thing I thought of was soul classics. Whatever the topic, this is a pretty solid, if short, mixdisc of grand '60's and '70's soul hits, other than one clunker, thankfully at the very end. There's lots of Motown, natch, but a few nice surprises too.


Starting off, Natalie Cole's first hit, This Will Be (An Everlasting Love) from 1975 is a better song than I remembered, a fun way to begin. Things get serious fast, with a first hit of Motown magic. Happily, this aren't the usual selections, but still big hits and great tracks, starting with one of my very favourites, Stevie Wonder's amazing I Was Made To Love Her. That's followed up by a great Four Tops track, although not from their Motown tenure. Ain't No Woman (Like The One I've Got) was a hit just after they left Berry Gordy's leadership, and proved the magic was in the people, not the label. Then comes a classic Marvin Gaye and Tammi Terrell duet, You're All I Need To Get By. Those two truly did soar together.


But you know all that stuff, even if you don't own it all. The most fun comes from the rediscovery of old hits that don't get the oldies play others do. I always think about the disco era track Car Wash when Rose Royce get mentioned, but I Wanna Get Next To You has a lot more going for it, and rarely seen on compilations. The same goes for the Cornelius Brothers & Sister Rose cut Too Late To Turn Back Now, a nice piece of pop soul. Oh, if only the people who picked the tracks hadn't been seduced by the idea of ending with a smash ballad, a famous last waltz number, Three Times A Lady by The Commodores. It's the kind of treacle that gives R&B Love Classics a bad name in general, and just made me reach for the stop button three minutes early.
Posted by Bob Mersereau at 8:21 PM