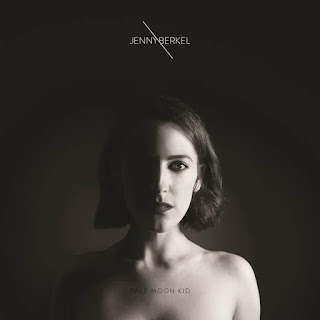 Jenny Berkel has just released her new album, Pale Moon Kid, and has set out on a Canadian spring tour, the start of months of road work. She's doing her first U.S. visit in the summer, plus has a European jaunt lined up for the fall. It's probably a good thing she'll be on the road, because it means she won't move.

"I don't know why I keep doing this but honestly, I think I've had between 20 and 30 postal codes since I left my parents' place as a teenager," Berkel admits, sounding exasperated at herself. "If I could tell you why, I would, because then I could tell myself."

Well, at least it has given her lots of material to write. Her new album features cuts directly related to Canadian places, with titles such as Winnipeg and St. Denis, and others that reflect geography or nature, such as Lilac, Lily, Wealth in the Country, and Blue Lit Air. She says she has a lot of affection for the places she's lived, despite the fact she leaves so readily.

"It's funny because I constantly feel this yearning to settle into a home, but I just keep leaving home," she says. "So ya, a travelogue, but a travelogue of my own movement from home to home."

Pale Moon Kid was produced by the classic country monster Daniel Romano. Berkel used to be in his band, and her sister Kay still is. It's an interest dynamic, as Berkel tends towards the calm, while Romano is big and brash, with an in-your-face sound.

"My favourite kind of music is music that feels really intimate, like somebody's whispering in your ear, so that was my goal," she explained. "When I write, I focus a lot on my lyrics because I want to have that as a bit of a centerpiece. So the production is surrounding that, I suppose."

It turned out to be the best of both worlds, as Romano kept the in-your-face vocals, but in a mostly gentle setting. And when the song called for it, such as Winnipeg, Berkel was open to some explosions of sound.

"That one took a surprising turn when we recorded it because it has a pretty grungy chord progression in the chorus, and I wrote it like that, but I don't really listen to grunge music, and I don't do rock 'n' roll, you know?" she said. "But I wrote that chorus and I really liked it, and it essentially had to be recorded the way it was, and it was a surprise, but I'm really happy with how that one turned out."

You can hear how the rest turned out as Berkel continues the early days of her tour. She's touring with Michael Feuerstack, at the following East Coast shows.

Posted by Bob Mersereau at 9:10 PM