MUSIC REVIEW OF THE DAY: MAYER HAWTHORNE - MAN ABOUT TOWN 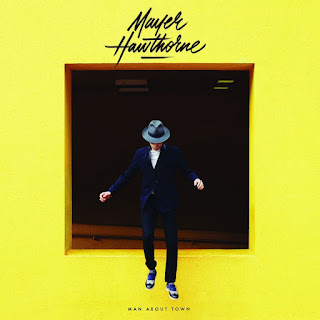 Hawthorne's certainly no Marvin-come-lately to the retro-soul scene, four albums into a career that goes back to 2008. No wonder he does it so well; Hawthorne started out as a DJ making his own soul cuts so he wouldn't have to pay sampling royalties.


These days he sounds mostly like a Philadelphia soulster, smooth and a bit more modern than your Daptone Records folks, no horns and a bit of dance. Lingerie and Candlewax is all Billy Paul sexy with a William DeVaughn groove. The Valley is production-smart, a little bit of Was (Not Was) and Steely Dan winking in the story-telling.


Hawthorne's a sponge, and knows how to fit anything in to pump up the groove. Fancy Clothes is reggae-soul, and Love Like That has some old-fashioned disco moves. Often Hawthorne builds up the tracks from his old-school drum machine, a giving the tunes a cool combo of some stripped-back moments, in the middle of lushness. He's even turned into a pretty good crooner, not bad for one Andrew Cohen, from Ann Arbor, Michigan.
Posted by Bob Mersereau at 8:55 PM