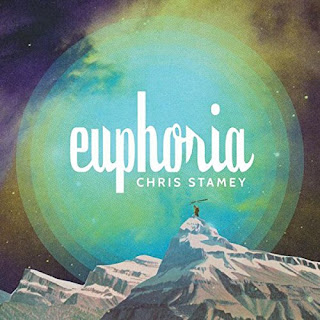 Back in the early '90's, it looked like North Carolina might just join Athens, Georgia as a music hotspot.  Winston-Salem had given birth to a couple of important bands, Let's Active and the dB's, and thanks to Active member and producer Mitch Easter, had developed a power pop sound that attracted R.E.M. to make its first recordings in the area.  The dB's were the major hope, with a killer debut disc in Stands For Decibels, and two talented front men, Peter Holsapple and Chris Stamey.  Stamey left after the second album failed to take off, and things petered out.  But he and Holsapple continued in solo work, Holsapple a long-time touring member of R.E.M., and Stamey also becoming a producer, most notably for Ryan Adams' first band, Whiskeytown.  Both remain highly-respected and well-connected.

The dB's did a reunion album back in 2012, and it seems to have fired Stamey up.  This is his second solo disc since, and this time he's returned to the Winston-Salem sound with a vengeance.  This is clean, tight, pop, with lots of heavy guitar, harmonies and sweetness.  Stamey is a skilled writer, but starts this one off with a favour from an old friend; Ryan Adams gave him the unreleased track Universe-Sized Arms, which sounds like it fell straight out of the heyday of American alternative rock.  Stamey handles the rest of the writing just fine, every song based on great guitar, mega-melodic chord changes, and little writing quirks:  "Every morning when you wake, you're face-down in the birthday cake," he sings in Where Does The Time Go, as another year goes by for our aging hero.

There's not a let-down on this set, as Stamey proves that great sunshine sound of the alternative '80's should have been bigger.  Stick around for the bonus cuts, including a faithful version of that old Tommy James hit, Draggin' The Line, as Stamey shows his pop roots.
Posted by Bob Mersereau at 6:20 PM