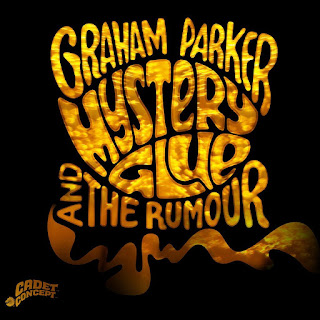 This is the second album in the on-going reunion of Parker and his most beloved sidemen. After he dumped them in 1980, all the cool kids stopped listening, so there's a lot of sentimental attachment to The Rumour name. They were a hard soul outfit, and the first few albums by the band were marked by their passion and excitement. But Parker wanted to go more singer-songwriter after his initial band work.


So it comes as a bit of a surprise that the first reunion album, and now this one, are more on the laid-back side. You'd think after they all went to the trouble of making it happen, plus have done lots of touring playing the old stuff, they'd crunch a bit more. But these are largely acoustic-based numbers, a continuation of what Parker's been doing all along.


Saying that, I always appreciate his solo albums, and this is still a fine set of songs. Parker's playfulness comes to the fore on Pub Crawl and I've Done Bad Things, a nudge towards old times. But it's still with a jauntiness rather than full-bore energy and the danger that once was. Parker is always a realist and probably would argue he's acting his age. But he did once write a song for this band called No Holding Back, and that's just what this feels like.
Posted by Bob Mersereau at 4:27 PM