MUSIC REVIEW OF THE DAY: THE WATERBOYS - THIS IS THE SEA & ROOM TO ROAM (vinyl) 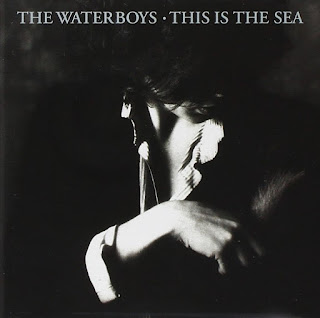 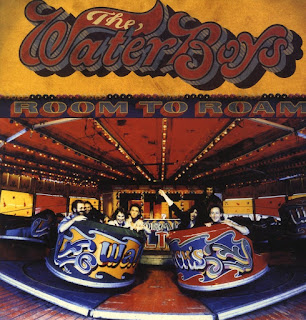 Here are two very different albums in the long and much-appreciated career of The Waterboys, newly-reissued on heavyweight vinyl.  They come from opposite corners of Mike Scott's musical journey, but both feature that spiritual search he's been on, a quest even, to get to the true heart of music.  In the early version or the more mature, Scott shows he approaches that quest with joy, even though he has come close enough to the flame to know it could consume him.

This Is The Sea appeared in 1985, during the time Scott was working with Karl "World Party" Wallinger in the group.  The album is the culmination of the first phase of the band, when Scott was striving for The Big Music, his combination of anthemic and spiritual, not unlike U2 and Springsteen, in theory.  Here you'll find the group's best-known song, The Whole of the Moon, so good it was a hit twice, even bigger in England when it was reissued from a best-of in 1990.  It's about exceptional people who have achieved artistic greatness, including C.S. Lewis.  Don't Bang The Drum is a writing collaboration with Wallinger, Scott's lyrics a call to environmental activism.  The title cut is one that connects us to nature, and suggests we were once wiser people in pre-technological times.

It's odd to revisit this album and here the synthesizers and pop touches, especially all the work Wallinger did, considering the acoustic music that Scott would turn to next.  At times there are clashes between the modern and the Irish touches, and it is not a seamless collection.  It served the purpose for all though, reaching the U.K. Top 40, and letting Scott go off with fiddler Steve Wickham, who joined the group at the end of the sessions.  They headed to Ireland and began the very long process of making Fisherman's Blues.  Wallinger split to form World Party and be the hit-maker for the time being.

Fisherman's Blues was the big album from this period, but its follow-up, Room To Roam from 1990 is another exploration of mostly Irish and Scots music.  By now, the accomplished accordion player Sharon Shannon had joined as well, and given the success and attention the band achieved, it's not a stretch to say Irish music received a big boost at this time.

The album is a mixed bag, with some shorter numbers, transitional passages and an unfocused feel.  There are great fiddle tunes, some spoken word samples, and even a didjeridu number.  Despite the quality, you got the feeling Scott was no longer fully committed to folk, and that turned out to be true.  By the time the album came out, Wickham had bolted thanks to Scott's intention to return to his earlier rock leanings.  As that progressed, Shannon left too, and soon, The Waterboys were done, for a time.

Eventually Scott re-embraced the folk sound, and welcomed Wickham back too.  In this Celtic-strong area, Fisherman's Blues remains a favourite album for many, and these reissues help explain how they got there, and where that led to as well.
Posted by Bob Mersereau at 5:00 PM