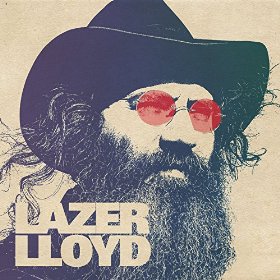 Here's a surprise: Israel has a blues scene. And here's the king of it. Lazer Lloyd is known as the country's best guitar player, and plays a pretty deadly brand of blues rock. There, you learn something new every day.


The last couple of years, Lloyd has been bringing his blues back to the U.S. and Canada, no surprise since he actually grew up in New York and Connecticut. A chance meeting led him to playing in Israel, where he's remained for the past couple of decades. His influences haven't changed much though, as this is largely the U.S. blues sound. He has some mellow and acoustic chops, but it's the loud and heavy stuff where he really stands out.


Recorded with his band in Tel Aviv, the album opens with Burning Thunder, a cross between Z.Z. Top and religious-era Dylan. Rockin' In The Holy Land is a pretty good theme song, and just what you'd expect, a celebration of the electric blues Lloyd and crew love. Then there's Out Of Time, as heavy as you can get in the blues without crossing into metal territory, Muddy Waters on electric steroids.

There are some non-North American references. Moroccan Woman sees him singing the praises of someone with an unusual area code, and a lot of the lyrics are decidedly Old Testament: "Purify me, Lord. Rejuvenate me, Lord." It's fascinating, it fits really well with the old blues themes and fears, all those old sinners.


This isn't a situation where Lloyd is the best Israeli blues man, a novelty. He's simply a darn fine blues player from anywhere, with a unique spin on the hard stuff.
Posted by Bob Mersereau at 8:15 PM