MUSIC REVIEW OF THE DAY: LOST AND PROFOUND - GOODBYE MINE 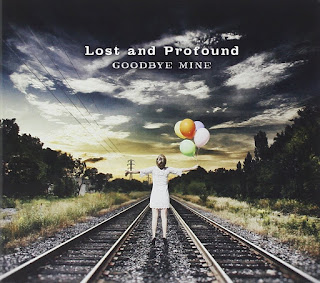 '90's band Lost and Profound were probably a little ahead of their time, despite one radio hit (Brand New Set Of Lies) and a Juno nomination. The group has been on the sidelines since 2002's album under the assumed name of redsuedered, while long-lasting couple Lisa Boudreau and Terry Tompkins have had very successful careers in other roles in the broader entertainment world. But music has beckoned again, and the Toronto duo has made 2015 the year of their return.


With a naturally plaintive voice, Boudreau revels in soft and sad. All the characters are troubled, whether in love or worse. There's also a great empathy coming across, and she treats them all with respect, and gives them intelligence. Sad things happen to smart people, and life's like that.


Meanwhile Tompkins has made the mood dreamy and hazy. And they are actually his words, drawing on the couple's lives, as well as classic storytelling. Rover has an ancient folk mood, a death ballad. Goodbye Mine even goes back to the Civil War. Alcohol is closer to home for the couple, the sadness here from self-inflicted wounds.


While it's all about melancholy, the album has a surprising positive vibe to it. Perhaps it's because the music is never mournful, and often uplifting. Also, it's merely a reflection of reality, and acknowledging it makes it easier to appreciate. This soundtrack for a sad day could actually help turn your mood around.
Posted by Bob Mersereau at 8:42 PM