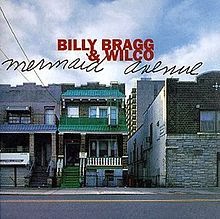 In all the Black Friday-Cyber Monday hoopla a few days ago, it was nice to see music getting some attention for Christmas presents.  Just a few years ago, CD's were at the top of the list for gifts, and even before that, there wasn't a Christmas tree in town that didn't have a 13" x 13" package underneath it.  You knew it was an album, you just didn't know which one.  With fewer and fewer shops selling music now, and more and more downloading, they just aren't the go-to gifts anymore.

With the success of Record Store Day, retailers latched onto Black Friday for a second such event pre-Christmas.  While it doesn't have quite the notoriety as its spring counterpart, it is getting pretty exciting for music fans, because of the special releases that come out on that day.  And, as opposed to the Record Store Day items, these ones are available to one and all, and you don't need to get down to the local indie store and line up on a Saturday.  Most of them stay available too.  For instance....

Vinyl is a big part of both the Black Friday and Record Store Day events, and this gem from 1998 wasn't released as an LP back in those digital days.  It has certainly kept its stature over the years, and is one that collectors were highly keen on seeing in the vinyl format.  For the uninitiated, this project came about when Woody Guthrie's daughter Nora came upon thousands of her father's finished lyrics in his archives, which had never been recorded.  If there were melodies, they had been lost with his death.  Guthrie's recording career had pretty much ended by the late 40's, as is illness progressed, but his writing didn't stop.  Best of all, there were all kinds of great lyrics there, from his well-known socially-conscience numbers to kid's songs, straight love songs and novelty numbers.  She decided some of it should be heard, and sought out the right people.

Guthrie selected British folkie Billy Bragg to lead the project, a devotee of Woody's, but a modern writer as well.  He got that she wanted the new music and recordings to be current, not a copy of what Guthrie had done fifty years before.  To that end, Bragg sought out other collaborators, wanted a rock edge, and brought in Wilco, at that point an Americana roots band.  A couple of smaller roles went to Natalie Merchant and blues guitarist Corey Harris.  The singing was split between Bragg and Jeff Tweedy, Wilco was the band, and the music writing was split between the camps.

They left much of the political material behind, instead focusing on the high-quality songwriting that rarely seemed dated.  Highlights include California Stars, a song still in the Wilco setlist today, given a easy-going modern rock treatment, a simple but beautiful song about lying under the stars, holding hands and resting weary bones.  Way Over Yonder In The Minor Key, by Bragg, is more on the folk side, but with the kind of bones that lets a song live for decades.  It's a look back at Guthrie's own past, with a wink.  And while Ingrid Bergman is a dated reference, it's too irresistible to hear Guthrie's lyrics about wanting to hook up with her for Bragg to have passed that one up.  Bragg pretty much handles the acoustic, straight-forward side, Wilco gets to rock it all up, like on the kid's song Hoodoo Voodoo, and the edgy Christ For President, the kind of bold statement Guthrie could make to shake up they way folks thought then (and now).

With the roots-rock production, lots of acoustic guitar and no dated trickery, this is a natural for vinyl, and sounds warm and woody.  You get a heavy 180 gram pressing, and the fifty-minute album is split over four sides instead of crammed onto two, so the audio is bold and wide.  And there's something about this release that's just right for vinyl, given the history.
Posted by Bob Mersereau at 12:12 PM