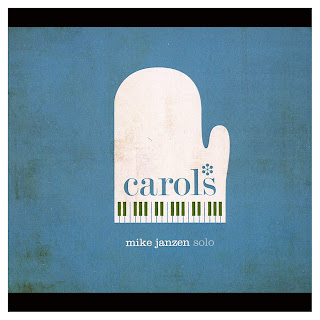 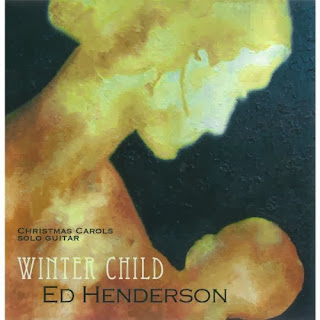 I have been bombarded, no, assaulted with version after version of every known Christmas tune the past three weeks, from White Christmas to Let It Snow, by such giants as Lady Gaga, Carly Rae Jepsen and Kelly Clarkson.  I don't want to hear another version of Santa Baby, be it Bieber, Blige or Buble.  So here I am, ready to trim the tree, but what to play?  I want the Christmas mood, but I nee to chill out from all that bombast of the latest pop-Xmas albums.

Here's the perfect antidote.  The tree is in the stand (that's the hard part, get that over with before the music), now it's time to turn on the Fireplace Channel, and slap one of these two new gifts from the Magi into the player.  Both are instrumental, elegant and relaxing.  Ed Henderson is a B.C. classical guitar whiz, known for his supple playing, and orchestrations and scores for theatre, film, the Olympics, etc.  He's also brother to Bill, of Chilliwack fame.  On Winter Child, he gives us what we want:  Christmas carols, beautifully performed and arranged, just Ed and guitar, no overdubs.  There are the ones we know, such as O Come, O Come, Emmanuel, played gently in the normal key, and then a lovely surprise near the end as he raises the song an octave.  His own compositions are in the same mood, sometimes as stand-alone pieces, and others as new beginnings or endings to well-known songs, such as his whistful new opening to Good King Wenceslas.

The tree is looking good, time to change the pace, settle back, enjoy it and a cup of eggnog, too.  Enter jazz pianist Mike Janzen, much admired for his trio and orchestral work out of Toronto, but here solo.  As with Henderson, he's looked well back for inspiration for his Carols album, choosing sacred work, mostly familiar, some obscure.  Here he finds wonderful ways to put a fresh face on each, retaining the melody, but adding new excitement.  Angels We Have Heard On High starts off with the verse as we all know it, but after the first chorus, gets a small addition, connecting to the verse again.  But the second time through, this new part is expanded on, and the third time even more so.  It's a brisk, pulsing interlude, his right hand notes flying like fiddlers'.  The new arrangements seldom deviate far from the original, but enough to make them, and the whole disc unique.  God Rest Ye Merry Gentlemen, recast as a New Orleans saloon number is just a lot of fun, and Little Drummer Boy gets a bit of boogie.  Best tree-trimming party ever.
Posted by Bob Mersereau at 11:52 AM