MUSIC REVIEW OF THE DAY: A VERY SPECIAL CHRISTMAS Reissues 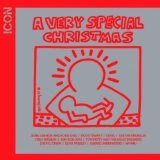 The Christmas cavalcade continues, with a seasonal favourite.  Every year, another version or repackage of these discs comes out, sometimes new material, sometimes just some shuffling of the recordings from past years.  For 2013, 26 years old, it's simply a couple of reissues, oh well..  Now, saying that, we are talking about one of the most successful collections ever, and it has managed to line up A-listers each time they look for songs for the Special Olympics.  So if you don't own it, or possibly have never replaced your original cassette (it's that old), here's a couple of new ways to buy it.

The original collection has  been reissued, now called The Story and the Music, thanks to the inclusion of a DVD looking at all the good deeds and recording sessions over the years.  That's nice, but really, just a one-time watch.  It is one of the better rock-era Christmas compilations, featuring lots of exclusive recordings.  Now, we are talking 25 years ago, so A-list is a bit different these days; many of you might wonder who Alison Moyet is, and The Pointer Sisters might need an introduction to some younger listeners.  But Sting, Stevie Nicks, Madonna, Bon Jovi and U2 are still heavyweights.  Bono and the boys do a fine job on the Spector classic Christmas (Baby Please Come Home), while I could probably do without hearing Nicks croak her way through Silent Night once more.  Hard to fathom, but at the time of release, Bruce Springsteen's live version of Merry Christmas Baby was a rare treasure to fans; this made it common.  Despite the presence of the hated Bon Jovi, I always have a soft spot for this set, and even like Whitney Houston's Do You Hear What I Hear, but she did church good back then.  You'll probably know most of these versions, they are now staples of radio and most malls once the holidays arrive.

The other new set is a kind of best-of selection from the various editions of the discs over the years, under the Icon series banner, lower-priced best-of's from Universal.  That means less tracks and time, only 11 songs here, and whoever picked them did a rotten job.  C'mon, Lennon's Happy Xmas (War Is Over) was only licensed for the series (free I'm sure), not newly recorded, so it should hardly be the lead cut, and it's on every friggin' compilation anyway.  Same goes for the Elvis cut, albeit a great version of Blue Christmas.  Again, with the Jon Bon Jovi (gag), and Wham!???  Nobody gives a Christmas crap about George Michael anymore, let alone his early days.  Carrie Underwood, Josh Groban, Rod Stewart in faux-crooner mode, where are all the great numbers?  At least Tom Petty gets included, but give me 20 minutes and I would have put together a better mix tape.  Avoid this one.
Posted by Bob Mersereau at 8:50 PM